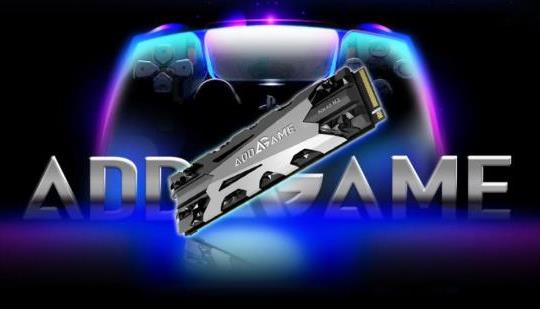 Over the past few weeks, numerous SSD makers have introduced M.2 drives that are either specifically designed for Sony's PlayStation 5 or are compatible with the PS5. Most of these SSDs are high-end drives providing extreme performance at a high price. However, Addlink decided to offer something more reasonably priced, so inexpensive AddGame A90 and A92 SSDs now follow hot on the heels of the high-end AddGame A95.

All the drives come in an M.2-2280 form-factor, use a PCIe 4.0 x4 interface, and are equipped with an aluminum heat spreader to ensure consistent performance under loads.

Addlink's AddGame A90 lineup includes 1TB and 2TB models based on 3D TLC flash and feature up to 5600 MB/s of sequential read speed when used with Sony's PlayStation 5. The drives are slower when tested with PCs, but this isn't a significant drawback since they're meant for a particular game console. Furthermore, even when used with PCs, they could still join the ranks of the Best SSDs available today. The manufacturer positions its AddGame A90 series as offering the right balance between capacity, performance, endurance, and price.

Prices not announced yet. So this article is useless.

The more the merrier.

Opinion: How Sony Can Answer The Microsoft Activision Blizzard Acquisition