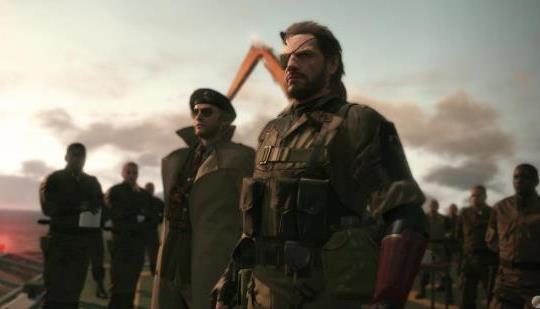 What's Next for Metal Gear Solid?

Alex DS. from Link Cable Gaming writes: "No matter what you think about Konami these days, they are sitting on a beloved IP that still has tons and tons of potential for great new stories."

This is the way.

Those aren't "Solid" games tho.

They're still part of the main series

"They're still part of the main series"
No one said otherwise.

Likely nothing. After Survive failed Konami knows they can't capitalize on that franchise without Kojima. And Kojima doesn't want to make MGS games anymore, for a decade he kept saying he wanted to make other games.

Bingo! We got a winner here, show them what they have won!

It's so frustrating that we hear absolutely nothing. Remember, this is what Konami said six years ago: https://www.metalgearinform...

Lets guess that Konami wants the MGS franchise to continue to be multi-platform. Hence don't want to partner with either MS or Sony.
They can easily collab with other Japanese studios (if Konami is unwilling to do MGS with non-Japanese devs) for future games, like they did with MGR:R.
Hypothetical like: Even though Capcom is a long rival, but given the recent state of Konami, they can partner up with Capcom for an awesome MGS revival. Konami directs and publishes, while a Capcom sub-team just develops the game using the RE engine.

They could easily remake old MGS games with the TPP game mechanics and engine, but they won’t.

It’s a shame one of the most innovative game directors also spent most of his career establishing his ideas with a company that doesn’t take pride in innovation.

Pachinko machines work for Konami, so they will continue that until it doesn’t.

How would the laser sight tracking on handguns from MGS1 work using TPP game mechanics and engine for example?

You might have to think over a few hallways for the older games, but that is being done right now for Dead Space.

And for your second point, I guess they could not have lasers?

I’m not saying it would be an “easy” copy paste job, but it could absolutely be done in a profitable manner. Or, they could just make another pachinko machine.

Hopefully nothing. Metal Gear without Kojima is pointless

They tried Metal Gear without Kojima and we got Survive. Konami will never hit Kojima's level ever again. Kojima even at his worst is miles better than any MG game Konami could come up with without him.

I remmeber that Konami said a couple months ago that they are considering to outsource their consoles games, meaning that Konami is not stupid, they know that money is still there to be made, their focus just chaged into their pachinko machines and mobile games...but they know that they shouldn't or can't abandon the console market.
eventually we will see one or two games in best case scenario...maybe another castlevania or another metal gear, just don't expect them to realease themvery constant.

Death, leave it be.

Hopefully a remake of MGS1 and remasters of MGS2-4 for PS4/PS5.

Its for the best to leave it be. Not every game series needs to continue forever. Let the mainline series be done, releasing another mainline game would just retcon and ruin everything so far, which is already a messy house of cards.

Maybe side story games like AC!D or Ghost Babel could happen, but we don't need another online-only game like Survive (even if I did enjoy the CO-OP, I hated the single player missions).

I gave the remaining developers at Konami a chance with Survive, and they completely blew it. Too many amateur mistakes, and it was severely lacking in content. Also Konami has officially dropped the FOX Engine as well, that game engine was amazing, and the things it could do on PS5 would be amazing. What a shame!