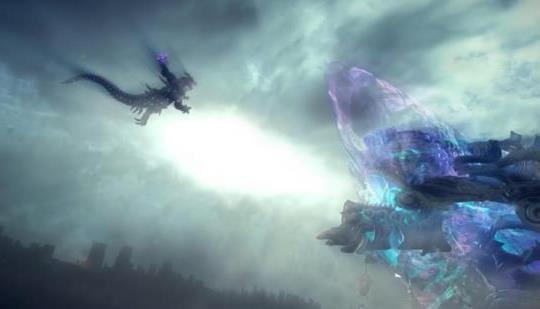 At yesterday’s Nintendo Direct, PlatinumGames finally dispelled years of questions by revealing the first gameplay for Bayonetta 3. Along with a new design for Bayonetta by Mari Shimazaki, there are new mechanics like Demon Slave which allows for directly controlling Infernal Demons. PlatinumGames founder Hideki Kamiya noted that Yusuke Miyata was director on the project but what’s interesting is that he was the former lead designer on Scalebound.

So the monster battles make a lot more sense now. It's basically Bayonetta meets Scalebound. Looking forward to this.

Not at all surprising. They took the work Microsoft paid them for and reused it for another game 😂

If MS didn’t want multiplayer co-op that game would have been made .

Too bad this game is severely held back by two generation old hardware. I'm sure it'll be fun but lord it'd dated

LucasRuinedChildhood491d ago (Edited 491d ago )

I assume that the monster battles at 60fps are so taxing on the hardware that they had to scale back the graphics in some areas. Bayonetta 2 (2014) honestly looks better graphically from the footage shown so far, and had a more colourful art direction.

I suppose these games wouldn't exist if Nintendo didn't fund them, so it is what it is. Sony and MS really messed up when they turned Bayonetta 2 down (MS doubly so since they also cancelled Scalebound). A Bayonetta 3 that could leverage the power of modern PCs, PS5 and Series X would be crazy though. It would look more like DMC5.

Of course, it remains to be seen if it will be as good as Bayonetta, but it does look great.

How so? Bayonetta 1 lost money. 2 was only profitable because of the AA budget and barely any marketing. Sony and MS ABSOLUTELY made the right choice not funding any sequels. Considering Dmc 5 outsold Bayonetta 1&2 combined, it's Ninty who needs all the mature titles they can muster - not the other two

I think the new Mario Party and S&box (PC) will be way more fun. And S&box uses Source 2, gonna be amazing for multiplayer.

Wtf? Half of the mini games in Mario Party are literally just mashing a single button. 🤣

I mean, technically, by your perspective aren’t most games that require you to push the same button for a specific input/action a simplistic button masher?

In Dark Souls I hit R1 a lot and a button to roll away. Is that a simplistic button masher?

I counted 5 previous comments the past week where you attempted to shill S&box over a game that has nothing to do with it whatsoever.

You’re right, it will be fun and that’s all that matters.

Now that It’s being directed by someone else that makes sense why it’s so different looking/feeling.

Let’s hope this is more like a situation of Ridley Scott to James Cameron rather than a Bryan Singer to Brett Ratner.

Nowwwww it makes sense. When I saw the trailer it have off the scalebound vibes. I hope Nintendo can somehow get that IP off Microsoft

Speaking of Scalebound, I distinctly remember having disagreements on N4G with some xbox only gamers who swore up and down that Scalebound wound wipe the floor with Horizon Zero Dawn. I vehemently sided with Guerilla and Aloy. With the way some on N4G behave I wouldn't be surprised if some of those arguing in favor of Scalebound would still say Scalebound is the better game.

Only thing I remember about Scalebound beyond what got shown, was the fact in JP they showed off the RPG aspects and the gameplay and how it worked. But in NA it was just cinematics and effects. It was like night and day in presentation.

They know their audience.