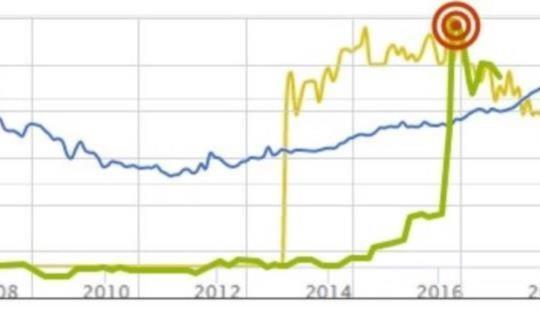 Could you get rich by investing in PS3 games? Almost definitely not. Can you make a few bucks by flipping PS3 games over the years? Yeah, sure! It wouldn’t even be that difficult. But let’s face it: Once these games are in your collection, you’re probably keeping them forever.

There's a reason I didn't buy most of these when they came out.

After a game's multiple generations old, and can't be had new at a reasonable price, that's when I see nothing wrong with emulation.

What's the point of paying someone scalper prices when the dev/publisher isn't even benefiting from it?

I paid $30 for SH Downpour on PS3 now it's around $70-$85 Canadian Lolipop Chainsaw I paid $15 and it has really gone up in price. I wonder if Transformers War and Fall of Cybertron will go up in price two of the best Transformers games every made.

Ever since Sony announced that they would shut down PS3 store these prices have skyrocketed and even though Sony backtracked now most gamers realize that it's a matter of time before the PlayStation 3 store is shut down. If you want these games get them while you can even if digital because once that story shut down the physical prices will just go crazy high we saw that already

Folklore is a game I've always really wanted to play, but I got a PS3 late in the generation, and it was already really expensive to find, being it didn't exactly sell well, therefore was already kind of a collector's item.

Kept hoping I'd find a cheap copy randomly at stores and flea markets, but never happened.

It was available at GameStop for a while for under $20. Don't know har happened but GameStop started to sell their used games based on ebay prices it seems

Have you considered modding your PS3? Neither Sony or the dev would be getting money from that Folklore purchase. Kind of a victimless crime at that point.

Honestly, I just want to actually give the experience a try. I'm not someone who would buy it at a premium just to potentially rip someone off down the road.
I mean, there are collectors out there and if paying a couple hundred dollars is worth it to them then more power to them, but I'm not one to be on either end of that exchange.

I know it's taboo, but I might dig in and see the state of PS3 emulation on PC. I have a good PC, so it might be able to power through the often times poor performance, being PS3 is known to be hard to emulate.

I've never emulated anything past the PS2/Dreamcast but, as I said in my first post, I don't see anything wrong with emulation if the game you want to play can only be had used, with no money going to the creators.

Every time Folklore is mentioned I die a little on the inside. That game really resonated with me at the time.

I have it! It's actually pretty cool. However, it has a bit of a personality disorder, I can see why it did poorly, but the game itself is pretty fun when you get into it.

I got stuck at one battle and gave up. But I would like to go back one day.

With the exception of the PS3 exclusives... i bought all my 3rd party games on 360. So lollipop chainsaw, castlevania LoS and others prob wont see the same uptick in pricing on 360 as they do on PS3. im okay with that as I dont resell my games.

My favorite game on PS that gen was MGS.

Guys, buy your copy of Siren Blood Curse now. It has all the hallmarks that will make extremely difficult to find or afford later on:

Puppeteer! The physical copy of that game is like a unicorn now. Can't find it locally where I live and on eBay it goes for hundreds of dollars used and even higher for sealed copy. Crazy

3D Dot Heroe, was pretty damn fun, unfortunately, it didn't play nice when you wanted to do other stuff on the xmb. lol

Why the PlayStation Move Failed

PS3 Prices Have Officially Exploded (and they’re not done)