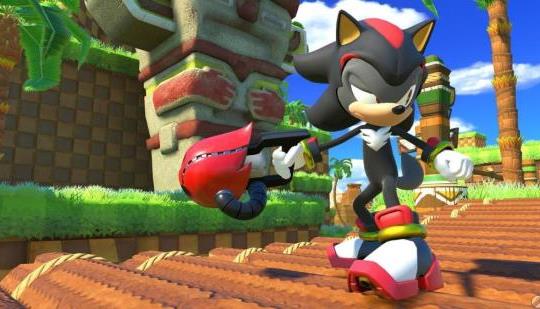 Alex DS. from Link Cable Gaming writes: "I’m a huge fan of the series and love to talk about its best games… but its hard to argue that it’s all been great for the blue blur. From games that were loaded with glitches, slow-paced gameplay, and visuals that look more like a blue blur of… pixels and polygons. So, take this as a warning to avoid these 10 worst Sonic games of all time."

Never played any of these on this list, surprised Sonic R isn't there, but then i played that on my first PC and didn't think it was that bad, got some mild enjoyment out of it at least.

Lost World, Black Knight, Forces and Chronicles should not be on that list, I can easily think of worse.

Sonic Boom: Shattered Crystal, Sonic Drift, Sonic Drift 2, Sonic Labyrinth, Sonic Eraser, Sonic R, these are all way worse than the games on this list. Knuckles Chaotix was terrible as well, I hated the way you had to control the players, it was a pain in the ass. Even games like Sonic 3D Blast, Sonic Spinball and Rivals 1 and 2 which I thought were decent were worse than some of the games on this list.

To be brutally honest, most of the Game Gear and Master System Sonic games are pretty awful too. Sonic Chaos on the Game Gear for example, you can't even see what you are doing because the field of view is so bad.

I would rather play Sonic 06 than any of the games I listed above, and that game is classed as the worst Sonic game of the lot.

People have nostalgia glasses on when they think about old 2D Sonic games. Outside of the mainline games on the Mega Drive, most of them were worse than the modern day 3D games.

Sonic 1 & 2 on the MS2 and GG were great games. Perfect blend of speed, secrets and challenge.

Sonic Chaos was shite. Too easy and gross looking sprites and backgrounds.

imo 1-10 for worst Sonic games would just be all the 3D one's and Sonic Fighters.

There is definitely some worse games than Lost World,

General question.
Is your favorite Sonic game the first one you played?
If not, is you favorite the same style as your first? (3D, 2D, some other distinction?)

My favorite one is probably 3&K or Mania, so yes it is in the same style as the first game I played.

My favourite Sonic game is not the first one I played or same style.

The first Sonic game I played was Sonic 1 on the Mega Drive, my favourite is Sonic Adventure 2.

I disagree with Sonic Forces on that list but the others are correct.
Sonic Forces is hella under rated.

Sonic the Hedgehog Can Deliver Great Sidescrollers - Without Relying on Nostalgia

How Sonic Lost World Paved the Way for Sonic Frontiers

Sonic Forces Five Years Later: What It Got Right