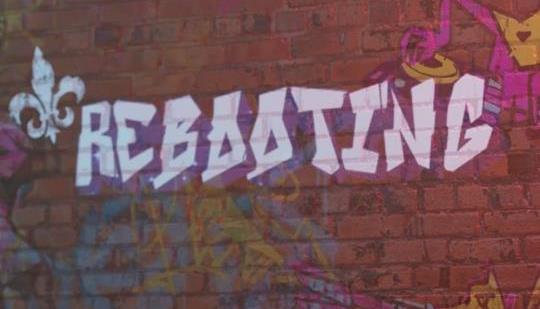 Volition Is Standing Strong Behind the Saints Row Reboot

Volition has been responding to fans on Twitter, keeping their faith in this new Saints Row reboot even though fans think it is a departure from the previous games.

Adhttps://www.youtube.com/watch?v=EjfojxXOobE&t=463s
- Comments (59)+ Comments (59)
TopNewestOldest
Expand all
The story is too old to be commented.

I don't honestly think the game itself will be bad as the trailer, which...sheesh. What went wrong there? Same kind of tonally weird wank that sank Battlefield V.

The thing I’m not understanding here is the disdain for “hipsters” as if somehow a hipster can’t do what a muscle head or street thug can. Do you guys realize ANYONE can use a gun… it doesn’t require a look to commit a crime.

But they are saying they are making it more grounded then the last 2 games so.....

It's called trying to hard to be appealing

Its gravest offence is that the designs look like pandering from someone who is extremely out of touch.

It's the whole "hey kids, look at how cool we are" direction that feels vision-less and instead seems to be targeting a fortnite audience.

If they simply started a new IP then that's fair, but they're using the Saint's Row name which obviously has a huge fanbase that have grown with the franchise over 15 years.

Pretty sure their interpretation of grounded… is to bring it back from the Heaven, Hell and galactic travel. Pretty sure they completely still plan to make it as saints row as ever.

So again, the hating on the hipster aesthetic still doesn’t make any sense

@-Foxtrot: The gameplay looks more grounded, it's the cut scenes that seem to have the wildness to them. There weren't any crazy weapons or enemies or the like in the gameplay they showed, though.

***Its gravest offence is that the designs look like pandering from someone who is extremely out of touch.***

I think the people out of touch are those who don't realize how popular the designs are to people who play Fortnite, still one of the biggest IPs out there that is played daily. Let alone it's the aesthetic of some of the most popular streamers out there, who people want to mimic.

I'm not saying your opinion sucks, only you have to realize that it's just your opinion and not the opinion of the youth crowd that marketing is targeting now.

Welcome to getting older. Join the rest of us.

I understand. It’s cuz hipsters suck and no one wants to play as one.

Agreed. It really reminds me of the worst part of Watch Dogs 2, the hipster and cliche hack the world crap. But maybe like WD2 Saints Row's biggest problem will be its character designs and the gameplay will come through.

My problem is that after watching the trailer, it felt more like dlc to watchdogs 2, then Saints Row. It's a misfire of epic proportions. Just tonally completely wrong. It's like they learnt nothing from agents of mayhem, which should have been a lot better than what they served up.

The only problem with Agents of Mayhem was the lack of co-op. It wasn't character or story that people complained about, but a game about playing multiple people at once and not having multiple people control them. So, apples to papaya comparison there, IMHO.

Also, Watch_Dogs 2 was not silly and was way more realistic. It also wasn't about building a criminal empire at all or dealing with criminals but government contractors and companies. I don't get this comparison either.

This feels like a statement trying to find a comparison but resulting in a misfire of epic proportions.

Their creation. Their vision. Games like these never leave a lasting impression anyways so whatever they decide is fine by me. It's a one and done type of game.

People acting like Saints Row was some kind of fine cinema with cultural importance. No one cared for the last few games and all of sudden the devs change it the way they want then people are acting like they lost something.

Always has been a product of it's time. Get your kicks from it and move on.

Exactly! Have your fun while it last, then move on to the next one.

Good I look forward to playing it in February. Saints Row coop is always a lot of fun.

They were all nervous during their interview that's for sure. Lead passed off questions to the UX designer about things she had no control over.

Iam sure it will break all sales records and make volition number 1 in game development.

Sarcasm? Went over their heads

@ninver lol it sure did.

I would have loved to see a return to Stillwater and have Julius back heading up a new gang of Saints.

Never been into the franchise anyway so no loss to me, but you always get this from long time fans when a reboot happens.

I was never into it either, but fan backlash was like me when the DMC reboot came out with the emo Dante. Because of that, I know how fans of Saints Row feels.

I was actually thinking that game when writing the first comment. It is awful for the fans.

Is definitely different from the original formula and is pretty obvious they are trying to please a certain small demographic, and by consequence this removes the special appeal fun factor the original game had, and finally the result of this it seems the new game will be just another game and nothing special about it imo.

I think you nailed it. One of the developers said they felt they had to change it's tone because you can't do what you did back in the OG days in a game anymore. We'll see if people want edgy or tame based on sales. I'm betting the next GTA will remind us that we still want gritty and edgy games and will sell like gang busters.

Can't say I care much for the series, but I don't really understand why they had to remove so much of the edginess? A lot of the old stuff seems pretty funny to me still. When was i suppose to stop finding innuendos, and inappropriate imagery problematic? cause I missed the memo

Standing strong.😆🤦‍♂️ WTF does this mean?

Ignoring the critism of the fanbase does not mean staying strong.

It just leads to low sales and probably to the closure of the game studio.

Yeah stay strong If nobody wants to buy your game and you are unemployed. /rofl

A reboot was needed. The setting looks great. The characters…meh.

Look, regardless of your opinion on this game, sourOG is 100% right. Ignore Twitter entirely. There is nothing healthy about that environment where the negative voices will always find their way to you no matter what you do.

I don’t think the 3 main characters are all that great either at this point but I’m not on Twitter harassing the devs. That’s all Twitter is good for and they should ignore it, absolutely.

When it fails stand strong behind that. No one asked for this!

Other things no one asked for: Horizon Zero Dawn, Ghost of Tsushima, Hades, Cuphead, Titanfall, Overwatch, and tons more.

People don't know if they like something until it's made. You can't use the argument of "people didn't ask for this" when new IPs are comprised of things no one asked for and we don't know if it's good until it arrives at release.

Except those games had characters that actual fit the gameplay and story. This is hipster dumpster juice.

Standing strong behind a weak reboot. Volition should reboot Red Faction as another First Person Shooter instead

If 22" purples and Benjamin Mother Fucking King are not in the game, I'm not buying it.

Good, like a real captain, they should stand strong and sink with the boat when it hits the bargain bin in less than a month.

The chick with the glasses, ergh, the dev video cut to one of the design team and it was her! Spitting image. Literally just looked across the office (or into a mirror) and went "yep that’ll do". Cringey shit.

Ugh, this game has hipsters in it that no one looks like. Also, ugh, this lady put a version of herself in the game.

Which is it, folks?

When you don't understand what made the originals appealing, you end up with this reboot. These new characters are just plain annoying, and I'm getting Def Jam Icon vibes, where the appeal of the Def Jam games were forgotten to create a real stinker.

Only time will tell if it's day one or wait until it hits the bargain bin from what I saw of the trailer it was meh.

I just wanna know when will Volition ever give us another Red Faction. THAT'S the series they should be rebooting. It hasn't had a new entry since 2009 (No I'm not counting the fourth game, it doesn't exist).

Since RF Guerilla they've made two SR games (which have both been remastered) and now a reboot. Now that Volition has the rights back to RF it's time for a new entry.

Agree 0Disagree 0
▼✖-+
SPAMInappropriate
Show all comments (59)
The story is too old to be commented.
50°