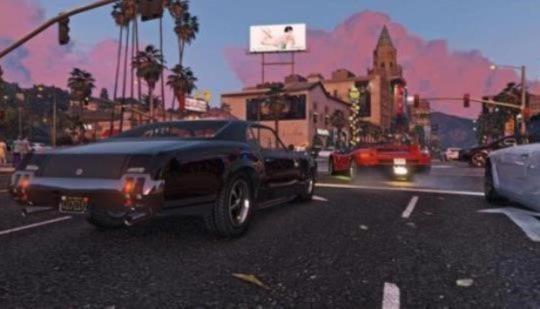 Professional voiceover actor will play the role of a police chief in the upcoming game!

GTA V, although typically fun and one of a kind, PRONTO needs a sequel imo. Would love to see how next-gen consoles will handle it.

I'm expecting big things. GTA V was built for the PS360. With the huge advancement in CPU power and SSDs we could see some incredible stuff.

Maybe a new future DLC for GTA V or the remaster rumors of GTA 3, Vice City and San Andreas. But a new GTA I highly doubt it Rockstar is too busy milking GTA 5 and they are porting a game from the PS3 era to PS5. Unless Rockstar jumps out of the bush and says surprise here is GTA 6 I don't believe a word unless it's right from the horses mouth.

I have to doubt this. On previous Rockstar Games they've been so secretive that voice actors didn't even know what characters they were playing until later in development, after the recording had been done. And this guy knows everything about his character before he's even started recording? That seems very unlike Rockstar. Especially with how openly he's talking about it.

LucasRuinedChildhood262d ago (Edited 262d ago )

I’m fully expecting the next GTA to be built around shark cards , due to their success with the current GTA model, I can only speak for myself but I’m not really looking forward to it

seems abit fishy to me.
voice actors are usually bound by their contracts not to say anything when hired.
even if its a smaller role lol.