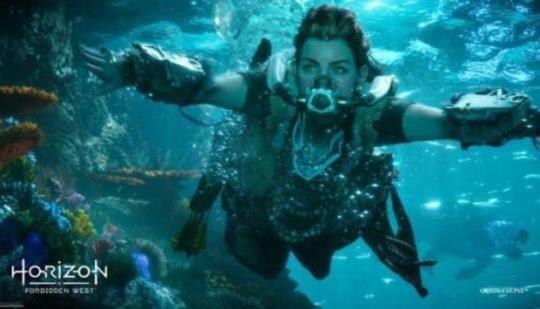 February 2022 Already Has Too Many Games

Kotaku : Between Horizon, Sifu, Saints Row, and more, yes, there is such a thing as too many games.

Don't worry a bunch of them will get delayed. Keeping your word is rare these days.

Given how rampant delays are lately, I would say, that this isn't about devts keeping their word and more to do with the difficulties created by COVID. Most devts had to switch to working at home and home only for about a year or more. That created a disruption to the way they were working and obviously some productivity and collaboration issues.

What’s funnier is the people blaming all the delays on covid. Delays have been commonplace for years now. I can’t think of one Sony first party title that hasn’t been delayed at least once.

Agreed it is awesome. I don't wanna hear complaints of too many games with all these delays in the past year. All these AAA games being MIA with no releases dates.

Gamescom was way better than what E3 had to offer that's for damn sure.

even when something like "too many games" is basically an inarguable good thing, kotaku manages to spin it as something bad for clicks.... they should give awards to the worst gaming site, kotaku would be a top contender

You're not going to beat them all at one time anyway so what's the issue exactly...?

I mean, did you read the article? Lol
Here’s a hint…it’s not a bad thing really lol

Why would I read a Kotaku article? Hint..clicking on Kotaku is a bad thing.

Is worst to talk without knowing, BrainSyphoned.

Yeah but the headline should represent the core of the article. When you write a research paper on dog breeds you dont say something like "There are too many dog breeds" and "Too many to list here."

And then your research paper is only actually about 3 dog breeds.

Good writers write interesting articles and focus on the first paragraph to hook the reader along with a clear topic headline to represent the whole of the article.

BrainSyphoned, yet here you are lmfao

Next Kotaku article if (not that it's gonna happen) Sony delays H:FW by a couple months due to crowding :
"Sony's delay of Horizon : Forbidden West proves it wasn't prepared for next gen."

Bet you 100% that'll be the headline if Sony delays Horizon to avoid crowding.

If Sony wasn't prepared for nxt gen I don't even think there is a word for MS then.
At least we've had returnal, spiderman, Godfall, ratchet, sackboy etc.
What the hell have you had? Medium?

Microsoft definitely should have delayed the Series by a year. Dudes were literally playing the same games they could on their Xbox One and gushing about it lol.

hahaha you take things so personally like he is insulting you or something. Relax man, they are just games. The majority of those are on PS4 anyway.

@EvertonFC You're taking this a bit too personal... He wasn't even bashing Sony / praising MS... he was bashing Kotaku.

@Shadowsteal Most games we've been playing on our PS5 were also available (or possible) on PS4... so what? We got to experience them with better visuals, higher resolution and higher framerate. Someone playing the same game on PS4 doesn't degrade my experience or enjoyment.

Let me explain something to you. Playstation is the top publisher, they don't run away from release dates. Other games delay their games away from playstation.

"Let me explain something to you" Sounds totally condescending lol, especially when you proceed to spread misinformation.

Sony are one of the biggest publishers but c'mon, R*, EA, ATVI games etc. all outsell them - and release at a more regular rate (minus R*).

Do you think Sony would want to be releasing HFW on the same day as say, Call of Duty? I highly doubt it. Same goes for MS. The only one of the console manufacturers who is really unique and big enough to get away with that is Nintendo.

Somebody should tell this person about November each year... they'd probably freak out 👀

The article also takes a big assumption that people will be interested in every title, most people would probably only show great interest in 1-2 of them to purchase on launch.

I know right, the gaming media always talks like everybody plays every game as soon as they come out.

Yup, HFW is the only one I care about from that list

Feb is crazy packed. 2022 is going to be a great year. Even the indies look sick.

Horizon should make it since that date is already the result of delays, but some others will probably get moved.

Later winter is going to be a great time for gaming , plus it’s cold af where I live not much else to do

I would say the whole year seems stacked at this point.

So MAYBE 4 games and an expansion. Save us from the overload of new games!

Been living under a rock for the past 30 years? At least half of those games will get delayed anyway.

I already have too many games.

There is no such thing as too many games. There is just not enough time.

Only a problem if A) You're interested in all those games AND B) you feel the need to play everything when it's "new". Personally, the only thing in that list I will be playing is Horizon.

hope they make Killzone 4 instead of HZD 3

Don’t worry most of them will be delayed again

Imagine being so over-the-top privileged as to actually whine about such a thing. Kotaku is such a parody of itself. These are the same people who complained that the One X has "too many holes". Total pathetic wastes of a good salary.

Next year my wallet will hate me lol

That’s stupid, no such thing as to many games!

I'm also waiting for my Guild Wars 2 End of Dragons expansion in Feb. 😁

These will do me till xmas

The first 3 games you listed I will buy and play , Deathloop maybe at some point but not really that interesting to me . The only way I play the Medium is if I finish my backlog someday and it’s free on PS plus otherwise I won’t bother with it 99.9% sure

Because everyones seeing Sonys success as the trailblazers and wanna dip into their Kool-Aid. While everyone else were busy competing for holiday dollars releasing in November, PlayStation said: Screw it, we'll explode our Q4 sales figures by selling games, not only outside the holiday season to maximize our profits, but were breaking from the traditional Sonic Tuesday AND certainly not going the Japanese dictated Sunday release day route, waiting for the end of the weekend, but selling our games for everyone to pick up at the END of the work week to relieve their stress and have a whole weekend to immerse themselves in our world and escape theirs alienating society for the love of the game on Friday to whole up and Doordash all their food only coming out to get it and take a piss, instead of Tuesday at the start of the work week when they have to wait until the weekend to play anyway."

And like tools keeping with tradition, Microsoft stuck with Sonic Tuesday as well as November and September for first-party to capitalize on a now saturated holiday sales month along with EA and Activision that cant let go of tradition either, while Sony started during the PS3 era to break away from the mold and go their own way, and now everyones deciding to follow.

This happens almost every year, many will get delayed and will spread them all out.

I hope so tbh

Too much a good thing can spoil you but it isnt necessarily bad.

to be fair no one cares about SIFU

always something to complain about.

I don’t care about Saints Row one bit so skip that for me . Sifu and Forbidden West count me in

Only game journalists could complain about having to many pieces of entertainment to choose from.

I could understand a developer or publisher having concerns about other games competing for sales, but as a consumer, more choice seems pretty great.

I'll buy the games I am most excited for, probably Horizon so far, and hopefully some prices of competing February releases will have dropped a little by the time I need to pick em up.

Given the massive delays that have been observed lately, I would say that this is not about praying mantises keeping their word, but more about the difficulties caused by COVID. Most employees were forced to go to work at home and only for a year or more. This resulted in disruption to their work and, obviously, performance and collaboration issues.

Where is it written that you must buy games on the releaseday??
When there are to many games out together, i buy the one i want most first, and then according to want have the next. After a few months a few games have a discount so no problem for me... 🤗

Some of those games will get delayed even further.

No such thing as too many games. Especially when many of those games will be garbage, delayed or propaganda pieces disguised as games by the woke devs.

Agree 0Disagree 1
▼✖-+
SPAMInappropriate
Show all comments (62)
The story is too old to be commented.
80°

Aloy has to be prepared for war in Horizon: Forbidden West