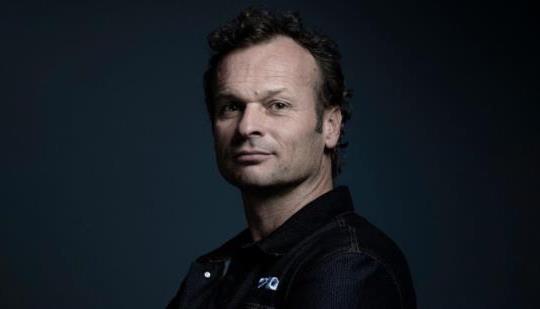 Inside The Mind Of PlayStation Studios' Hermen Hulst

Sony should replace him and Jim Ryan. The brand's identity got severely damaged thanks to them.

If you truly believe that then your brain is more severely damaged than one could possibly imagine. Thanks to these 2, PlayStation is stronger than it has ever been before.

A few angry fanboys crying on the internet does not a severely damaged brand make.

Although factual evidence would convince me otherwise. I take it you have some?

They're getting away with consumer stiffing in ways that only Nintendo used to get passes for, because the software prioritized under them is undeniably some of the best in the industry and the sales reflect that.

Love them, hate them - they're leading a ship that seemingly only pumps out quality titles lately. As much as I complain about some of the policies, I still buy into it because... it's simply got the best new experiences to be had.

Nintendo used to get passes? 60 dollar ports and lazy pokemon remakes and i just saw that the pokemon remakes have a dual pack for 120. Dual pack isn't even discounted so it is an extreme rip off. It boggles my mind that shit like that still flies when we complain all the time about 10 dollars. So Nintendo ABSOLUTELY still gets all the passes.

Um Nintendo still get passes in almost anything they do.

agreed. only diehards will defend them. Where is another Killzone? ZERO shooters on PS5. PS always had its share of good shooters.

There are plenty of shooters without needing sony to make one. If they had a good idea that was different, then they would make it.

We are not even a year into the ps5's life cycle.

Does returnal not exist. And tlou2 came out just a year ago.
If Sony was actually bad you wouldn't have to lie.

For years we complained that Sony announced titles way too early.

Now they don't and everybody is pissed 😅

Yes, we knew about Last Guardian, The Last of Us 2, FFVII Remake, Shenmue 3, etc. but they LL took AGES to arrive, sometimes going silent for years 🤷‍♂️

True but not having a summer showcase of any kind is pretty bad. I get it, we’re in unprecedented times but outside of the hardcore fans, it’s going to start swaying people.

Come off it mate, if the shoe was on the other foot then people would be fuming if Xbox didn’t have a showcase (myself included), so why should Sony get a free pass?

It’s all well and good having 25 games in development but you’re 6 months into a console lifecycle and you’ve got no games to show? That’s poor marketing no matter how you want to spin it.

Mate you’ve just gone on for 7 paragraphs of desperate insecure drivel. How long did it take you to write that? Doesn’t change the fact that they’ve drawn a blank this summer showing anything meaningful and Microsoft has. Just take the L and move on.

I highly respect Hermen Hulst for what he (along with his team) achieved at Guerilla Games, originally a small studio in a continent (Europe) that was never at the forefront for videogames and high-tech, with the Killzone games and then Horizon Zero Dawn, but I hope he's not at the heart of Playstation's new found strategy of porting PS exclusives to PC. Doing that could truly spell the end of PS as we know it someday, and it's esp. uncalled for when Microsoft seem to be waking up when it comes to games on the Xbox.

It's worth noting this is the second time this year Hermen Hulst has name dropped both Kojima Productions and Fromsoftware when speaking about their partners. Just buy them already 🤔

Would Konami sell them though? That's the biggest question 🤔 Personally I don't think they would.