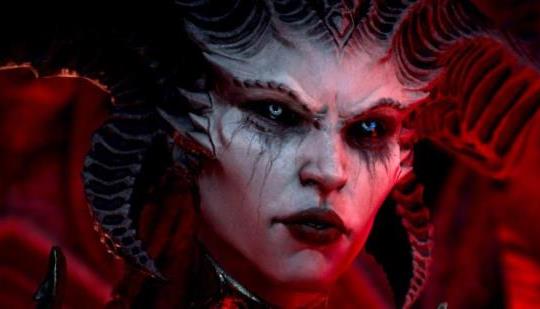 More high-profile departures, including the namesake of an Overwatch hero, amid Activision Blizzard's lawsuit.

They certainly are cleaning house there.

must have been a parasite.. all of them are.

Valkyrie Vision is the only one doing work there

Call me when Blizzard is close to chapter 11 then I will read some news about it 😁 Blizzard now is just dog shit on the sidewalk 🤣😁 I would laugh pretty hard if Overwatch 2 was just suddenly postponed indefinitely, or just canceled.

Another day another canon blast exploding through Activision Blizzard's ship.

I wonder if Bungie had any insights into Activision-Blizzard's culture and policies? They certainly timed the breakup very well, they didn't have to be too much on the news on this, and it was mostly seen as a positive at that stage for Bungie. They dodged a bullet here, and I'd be interested in knowing if their management had smelled the steaming crap pie in the group duopoly's oven.

At the same time, investors seem to believe in the company as the stock is at $85 right now. I wonder if from the pure investor perspective it would be a good time to buy when there's a lot of fear in the markets... The stoc was at $45 just a couple of years ago, after Bungie departure announcement, so I can see it going back there as well, depending on how their earnings reports are.

However, at the same time, ethically, I don't want to support any toxic culture companies, so they are not getting my money in any way.

It's a live service. It was always going to be an average game at best. Any way, which fall has been the ugliest? CDPR or Blizzard?

IMO, it's Blizzard by far, they were falling the longest time.

First of all, they joined to Activision. Then they tried to screw customers for years, remember "every game from now on will be online only on PC, but not on consoles"? Diablo 3 real money auction? Splitting StarCraft 2 into 3 separate games? WarCraft: Reforged? "All your map are belong to us" in Reforged? Selling WoW expansions (each was worse that previous one) for full price + subscription? "Don't you guys have phones"? Lootboxes in full-priced game. Not to mention, inability to balance the games after literal years (StarCraft, Heroes of the Storm, Overwatch). Screwing Heroes of the Storm players with cancellation of HotS esports in the last minute. Saying that they listen to their workers but hiring union busting firm. Hong Kong, China and "We didn't live up to the high standards we set for ourselves". The list can go on.

CD Projekt RED screwed a lot when they released Cyberpunk 2077 in such bad state (bugs, broken promises; it's was a pure greed move). But on the other hand, they have GOG, Witcher 3 was great (and it's expansions), they have correct priorities now i hope (freezing that online free-to-play Cyberpunk game, fixing the bugs, postponing the expansions). Hope Cyberpunk will be a lesson they'll never forget.

TL;DR: IMO, CD Projekt RED can still fix this situation if they stick with the plan. Blizzard war on a downward spiral for years and years.

Splitting starcraft into 3 was a blessing in disguise.. the final product was far more ambitious in scope than we would have EVER got with one game.