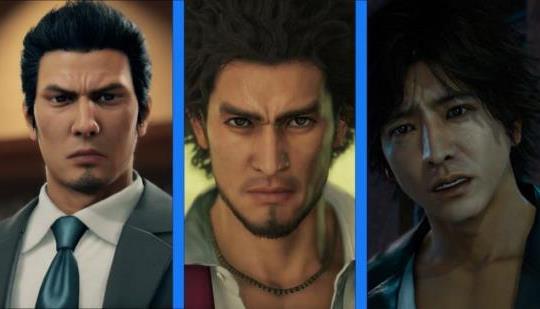 With RGG in the mainstream spotlight, about to complete their first simultaneous worldwide release, let's take a look back and rank the Yakuza games.

I just could not get into like a dragon I love Yakuza series but when they went with turn based combat it just was not for me. I hope future entries go back to its original roots or at least every now and then have a game where is real Time brawler combat

I liked most of the Yakuza games I’ve played, and I (mostly) did enjoy the new direction they took with ‘Like a Dragon’ and its new fighting system. It was a welcome change of pace. Its JRPG turn-based fighting system wasn’t perfect, but it was a good first attempt on which they can expand and build. Didn’t like the damage-sponge boss-fights though, which felt more like a chore instead of tactically taking out your opponent.

I’m sorry but no way is like a dragon better than Yakuza 0, 4,5, or 6. It’s different with a lighter hearted tone a lot of times. Plenty of slapstick and jokes. It literally feels like a DLC compared to the main Yakuza games. Unless you simply don’t like action games maybe… but going through the underground arenas, fighting the mini bosses randomly on the streets on different games for money or exp (like the guy in the gold suit for example). Not to mention the mini games, which Like a dragon has some too, but not as good as most other Yakuzas. Maybe it’s because I’ve been playing Yakuza from the beginning. It’s like the metal gear rpg/card collector that was on PSP or Vita. It was a cool game and a lot of fun, but it wasn’t a METAL GEAR. It was fun for what it was. I don’t believe this person actually played through all the Yakuzas. Probably gamepassed like a dragon and dabbled in the others to get an idea.

Like a dragon in my opinion isn't on the same category quality wise. It's story and characters aren't as interesting

Same, been there since the first on PS2, but you're gonna get a lot of disagrees. Many people defending Yakuza 7 weren't fans of the previous games, or only dabbled, and they seem to outweigh diehard fans like you and me. So it's pretty much like trying to shout over a crowd. This is what the Yakuza series is from now on, Judgement is our compromise, but it seems even that is in the air lately given some behind the scenes conflict apparently.

I literally started with 0 in and Kiwami in 2017, then played Kiwami 2 when it dropped. And had 6 sitting and waiting on my shelf until after the collection of 3-5 dropped. Then I ran through 3-6 in one massive continuous marathon. I’m sorry that i think Like a Dragon is one of the best ones and that having the same combat for 8000 games got repetitive and it was a breath of fresh air to get an actual change?

I welcome franchises taking risks and like a dragon was a massive risk that paid off. Like the article states, it fits the Yakuza brand of humor extremely well with regard to enemy types and their attacks/skills. Also, it’s incredibly reductive to call this a “DLC”. How can it just be a DLC when it’s an entirely different genre as opposed to more of the same. If you want to make the “it’s just a DLC” argument, that would apply more to Judgment, which is just more of the traditional Yakuza gameplay.

You maybe just don’t like turn-based gameplay, which is fine. I like all kinds of games. I’m sorry that my view of game genres isn’t so narrow?

There are a few I haven't played so I am replaying and playing through them now on GP.

Same.
Gamepass really let me get into the series.

Same here. I started some of the games in the series when we lived in Japan, but was super busy so I never finished. When I saw the series land on GP., I started from thr first and working my way through them.

I did like Like a Dragon, it kept the feel of the games, but I got bored of the combat about halfway in. It was the easiest RPG I've ever played.
If I remember correctly - Eri, lower defence move for all. Ichiban - Mega bat. Every fight over in seconds.

True Final Millennium Tower for the Platinun was certainly tricky

I'm currently playing Yakuza 0 and so far it's the best game I played this year.

I started it about a month ago and was immediately impressed by the cutscenes, characters, and the story got me hooked quite literally from the beginning. Been playing it on and off lately but definitely one of the best games I've played in a while. It's one of those that make me feel dumb for not jumping into the series sooner, pleasantly surprised.

The best Yakuza games in my opinion are the ones you can start the franchise with:

Currently playing through the series, Yakuza 2 at the moment. I loooove this franchise, the games are just so damn fun while also keeping the main story excellent with great characters. Many games should learn from Yakuza how to do fun side content.

Yakuza 0 and Ishin are the absolute best in the series...many haven't played Ishin because its only in Japanese but its amazing!