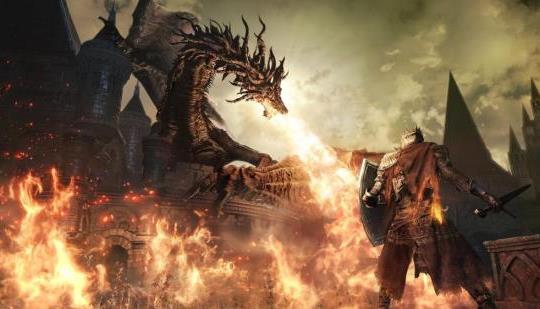 Every Game In From Software's Soul Series, Ranked

If difficulty is what you're after then these are the games for you.

Shit article. A paragraph per game. Very little substance about why each game was good, no personal description of moments or anything of substance. Reads as if written by a beginner writer tbh.

these ranked articles are so bad.

Not all the souls game cater to the same audience which a lot of articles still seem to believe, there's only similarities in each of them but they try to convey something in a different way, only Dark souls 1-3 are mostly similar and comparable to eachother but demon's souls / bloodborne and sekiro all have quite some different mechanics to the core of the game, just basing it on difficulty is bogus anyway each game will be more/less difficult depending on the player for.

Bloodborne for ex. is really hard for some players while to me it was the most seemless experience mainly because of the fast dodge (instead of rolling like dark souls) and parry mechanic (even though you can also parry with a shield in dark souls it's way different).

If I were to rate them however as a full package I would have to put them in the order of; BB - Sekiro/DS3 - Demon's Souls - DS1 - DS2, but again some of this comes down to personal preference, like aesthetics in world building.

I find it really hard to rank them. I've only played Dark Souls, Bloodborne and Demon's Souls (PS5), and can't really separate them.

Only a novice would think that DS3 > DS2. And Demon's > both just FYI.

Guardian Ape is the Peak of Sekiro’s Boss Designs

Why Sekiro is the best warrior in Soulsbourne games