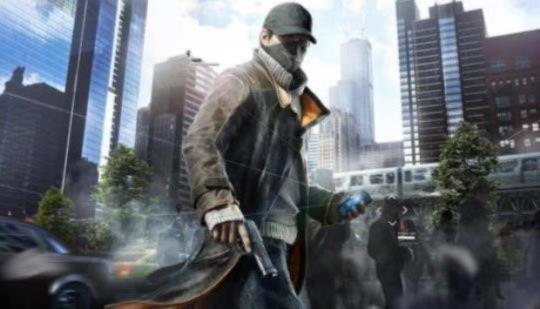 Watch Dogs Deserves A Remake, More Than Ever

With the world of information and technology, privacy and security growing every day, Watch Dogs deserves another chance in the spotlight, now more than ever.

The only Ubi title that deserves a faithful remake right now is Splinter Cell 1.
All 2014+ Ubi titles are just underwhelming. Especially ones from 2016+ are just cancer.

LucasRuinedChildhood496d ago (Edited 496d ago )

Seriously, are we so far removed from Ubisoft actually making good games that people now praise Watch_Dogs in retrospect?

"Watch_Dogs has remained one of my favourite games of the last ten years." Jesus Christ.

I remember being so disappointed in Watch Dogs when I played it at release. It was alright, but I think I fell for the hype and I needed a game to play on my new PS4.

This is what happens when mediocrity gets praised as good.
Standards are slipping across the whole entertainment industry.
What was once considering rubbish is now considered as OK, what once was OK is now being praised as good etc etc.

Everyone has their own likes. I liked it a lot myself. I played through it twice and liked the car chases and the open world with fairly decent environments and missions. It suffered from the whole downgrade thing where they showed graphics that weren't actually there. No game will appeal to everyone but it was still ambitious for it's time.

assassin's creed 1 should get a remake.

For certain! AC1 was brilliant at the time but with new graphics and gameplay it would be amazing! Do you prefer old combat or new though?

I'd say a reimagining of AC1.
I direct AC1 remake would be a bad idea. It'll need better story pacing and significant better world building.

Old. Let it play like how it did with AC2-Syndicate style gameplay but refine the setting and story.

It would need a lot changed for it to be enjoyable again as even back in 2007 on launch we were all complaining about it's repetitive gameplay go here perform one of three side quests repeat then assassination now do it over and over until a big battle with a unforgiving checkpoint system.

Absolutely. It needs it. The only AC I truly didn't enjoy.

I'd prefer it didn't. Ubisoft would make it so bloated, it wouldn't be anywhere near the original

As a fan of the franchise legion was garbage and I regretted my purchase for the first time in the franchise the entire thing felt like an experiment in NPC behaviour and released without the writers input on what makes a good story.

I don't think I'm alone in that feeling though as wrench and Aiden are brought back and the campaign was rewritten to fit them.

Agreed. Despite the annoying hipness of the characters in part 2 I thought it was a really fun game. I was extremely disappointed and surprised at how many steps back they took with Legion. You'd think it was made by an entirely different team. Or was it?

It was just so devoid of fun.

Honestly one of my biggest annoyances with Legion is that they took out the camera views for the driving. I mean the behind the car view that they stuck us with is near unplayable. I always used a first person driving view. After two releases why did they take OUT features? I don't get it.

The fist watchdog game was the best by far
After that they weren't weird and annoying with that hipster stuff. Aiden was a badass.

I thought so at first too. I got used to it and it ended up being good after some play time. I just had to give it a chance.

They are remaking Sands of Time.

Watchdogs 1 was good but it had a bland world and driving was horrid. Plus near the end all the timed missions sucked

no thanks. more sequels is not the way.

New Ips. Enough wit tha remasters frm ps3 era up we don't need them. If not then remake a game from the ground up from ps1-ps2 eras.

The only way Id be for a remake of a last gen game is if it was included as a bonus in the season pass. Remakes should be reserved for older game, 2-3 or more gens ago.

Its true that the Legions NPC gimmick didnt really pan out, but once you got into the flow of the story I thought it was pretty decent. Its no WD 2, but its pretty decent so far (I havent beat it yet). The detail in the city is insane and it looks absolutely phenomenal on Series X! The story itself is good, but theres no attachment to the characters cuz its just a bunch of randos. If they could somehow remake WD1 and 2 using the assets from Legions, that would be sick!

I did hear that the Bloodlines DLC is a new Aiden story. The review I read made it seem like it was a mini sequel to WD 1, so that may be worth checking out.

I HATE the fixed camera for the driving though. After letting you choose in the first two taking that option out is idiotic especially since the drone cam view they stick you with is next to un-driveable.

I remember being pretty excited for Watch Dogs. But after I played for about 10 hours or so, I got bored. The game had cool ideas, but the story just wasn't that good. I loved the aesthetic of the main character, but didn't like his personality, or lack thereof. But still, at times, he was a bad ass.

The question is...if Ubisoft decided to remake this game, would I play it? Unless it was heavily discounted, probably not.

Everyones so stuck in the past. The idea of new hardware is new ideas, new technology, and pushing that technology in new ways. You griped about backward compatibility, you got it, and its still not good enough. Why you want developers to waste THEIR time trapped in the past instead of bringing you new experiences, and thus ME new experiences is beyond me. Moron......

Holy crap, of all the games in history that deserve a remake Watchdogs is nowhere near the top, not even close.

Watch Dogs is the last Ubisoft game I played.

Ubisoft can't remake anything. It will be carbon-copy of either Watch_Dogs Legion or Ghost Recon Breakpoint (or both).

Current Ubisoft should first get their shit together, fix the bugs, stop with adding extra monetization (on top of regular price for games + season pass), don't reuse systems and/or assets, write good engaging stories, they also must understand that no every game should look and play the same and be a live service; and that no every military shooter should have «Tom Clancy's» in the title. Then, release some new interesting games. Remember Far Cry 2 and 3, Rayman Origins, Red Steel, old Assassin's Creed games, Prince of Persia, Splinter Cell, older Ghost Recon games, you name it (not to mention how many good games they only published).

Only after that they can start thinking about remakes. And, imo, first Watch_Dogs were good enough and it's available on PS4, what else do you need?
Maybe you'll propose remake Ratchet & Clank: Rift Apart too while we at it (because it too had some issues)? /s

They can easily either patch that or release a next-gen version, they don't need to remake the game from the ground up though.

The only fun thing in that game was the gang hideouts, everything else was meh and doesn't deserve anything more than it already got

Uh no it doesn't. It still plays fine for me. The one Ubisoft game that REALLY needs a remake is Assassin's Creed 1. That game feels so outdated compared to the later games (even the Ezio Trilogy) that it needs one bad. Notice how it's the only one from the PS360 era that DIDN'T get a remaster. That says more about the game's age than anything.

There is absolutely no need for it

Each to their own, I personally thought it was OK at best, story was good but the gameplay, particularly the car handling wasn't great.
But either way it doesn't deserve a remake, no more feckin remakes, what it deserves is a decent proper sequel.

The Assassin's Creed Watch Dogs Crossover: Should It Happen?