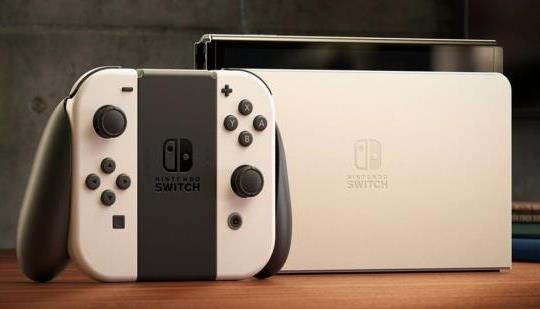 VGChartz's Thomas Froehlicher: "The Switch is starting to look very much comparable to the Wii. Both were smashing sales successes that gave rise to a lot of enthusiasm at first, but eventually resulted in disillusioned third parties, new release drought, and a demoralized fanbase. From my perspective Nintendo seems to be repeating the same mistakes it made in the middle of the Wii era, by being technology-adverse, persisting with outdated hardware, and failing to capitalise on incredible sales figures by building up third party relations and ensuring a steady stream of AAA software support.

Despite initially dominating the Xbox 360 and PS3, the Wii collapsed around five years after its debut, when both third parties and the casual audience moved on. It got an original Metroid game at around the same time that this happened; is this a sign that, as they say in SoulCalibur, history is eternally retold? Considering the respective momentum of both systems at the same period in time, I don't see the Switch declining so quickly, but third parties might not be prepared to wait around to find out."

I definitely agree they will be hitting that proverbial wall fairly soon here, if it isnt already happening. There has been a severe lack of high quality 1st and 3rd party titles already! Theres a handful sure, but nowhere near the level of quality from the first 2 years. They relied too much on Wii U ports the last year or so, and the pipeline isnt looking incredible by any stretch.

They really messed up by not announcing a real upgraded model, instead giving us this incremental OLED upgrade that no one asked for and that did nothing to the guts of the system. They really needed a system that could at least run some of the new generation games, even if at a lower quality. Even something as powerful as the PS4 and theyd at least get the big time 3rd party games. Im fully expecting the support from most publishers to fall off a cliff relatively soon here.

The Switch cannot survive on indies and vast amounts of shovelware, the Wii proved that already. Unfortunately, it looks like Nintendon't is back to doing its thing, cuz Nintendo wouldnt let this stuff happen all over again! But hey, at least we're getting a new Metroid!

There's good games coming out this year still. Next year I'm not so sure. I plan to supplement it with a steamdeck though by that time hopefully lol

Freakin finally somebody seeing the shovelware that is being created for a while now for the Switch, exactly like the Wii, the thing is just selling cause imo is a fad, cause if you look closely the quality of their games is below average imo.

I honestly do not see a new Switch getting AAA support like this one did. I will explain why.

It can't because the default platform is a full generation ahead. PS4 (the base model) was not.

Nintendo ever since the N64 has had issues with 3rd party. A variable combo of either: dated hardware, storage issues, underdeveloped online, weird controllers or high licensing fees, has caused issues for 3rd parties on Nintendo consoles.

The shovelware on the switch rivals even apples shovelware. The amount of garbage on the switch is astounding. Really have to know your games and what's worth your time on the switch. I can definitely see the comparison to wii right now it's almost like deja vu. Even a 2D metroid coming out soon.

Shovelware is the cost of having an accessible platform for developers. It’s a pro, not a con IMO.

@ultimateownage. True i can respect that. I just hate having to search through page after page of shovelware in order to find a decent game by a reputable company. It would help alot if they separated the B games from the A and AAA games via tabs or something.

Nintendo did try to combat this, but I still see so many garbage games in the Eshop, I think developers were constantly putting their shovelware on sale to keep it near the top.

Other M on the Wii is a 3rd/1st person shooter hybrid. Dread on the Switch is classic 2D Metroid. Almost deja Vu indeed. lmao Your Apple comment is just as laughable. N4G sure loves its false equivalencies.

@zeekquatro maybe your comprehension is lacking. Number one though other m had moments where the camera shifted to a different angle there was plenty of 2D areas to traverse so yeah I'll compare it to dread on that fact alone. Not to mention that other m was released late in the wii life cycle just like switch so deja vu for me though maybe not you. As for the Apple comment no false equivalents here just an observation when I see not only a huge amount of shovelware on par with apple but the same apple games as well. That's my view how I see it. If you can't see the similarity that's your right as an individual but a childish attack only weakens your opposing view. Be an adult leave out the conspiracy and post an intellectually interesting view that may change my own.