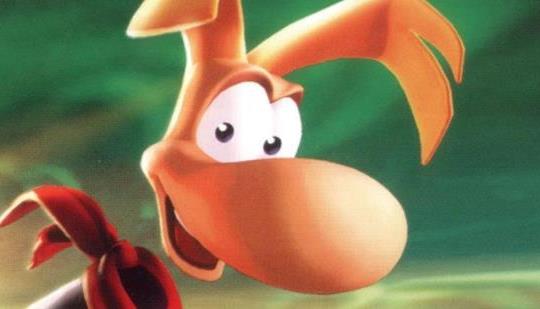 In the summer of 2021, E3 returned. It was a time of great excitement and anticipation that followed a year in which the gaming industry changed in a big way. While presenters like Xbox stole the show, some other companies didn't fare quite as well. At the other end of the spectrum, there's Ubisoft, which many fans felt had one of the most disappointing presentations at E3 2021. There were several games and franchises from the developer's catalog that were conspicuously absent, like "Beyond Good and Evil 2," "Tom Clancy's Splinter Cell," and "Star Wars," but that's not all. Some fans may have noticed a lack of information on a beloved series that's been relegated to mobile platforms since 2013.

The last time Rayman starred in his own non-mobile game was in 2013's "Rayman Legends." Since then, the classic Ubisoft hero was left in the dust once more, leaving many to wonder if he will ever appear in a proper main-series title again. Here's why you shouldn't hold your breath waiting for a new "Rayman" game.

It seems they only make GTA & RDR now,at this point in time it seems those games come out every decade.

Exactly, its depressing how little they release nowadays.

LucasRuinedChildhood496d ago (Edited 496d ago )

Rockstar have bad business practices (e.g Shark Cards) but RDR2 had a great story, was very polished, the world felt alive and it was just a very complete single player game. I know some didn't like the slow pace but the quality was there. It was like a next gen game that somehow ran on a PS4. It's hard for me to properly hate them because of this but Rockstar of old was better though (loads of great games, not just 2 per decade).

It's good that we all agree that Ubisoft sucks though. They've fallen far below EA for me. At least EA have EA Originals (UbiArt is dead) and Respawn are making good games. Even comparing Ubi to Activision ... at least Pro Skater, Crash and Spyro got perfect remakes. The Sands Of Time's remake looks straight-up banjaxed. Their games are too similar and I never buy them anymore.

Valhalla was great, despite the haters. It also sold amazing. Rockstar is WAY worse. they dont even release games anymore, just content for the milkfest. Also, Sonic games are the worst games out, change my mind. I guess you just have crappy taste.

damn someone is mad over a profile picture lmao

Activision is worse but I'm not fond of Ubisoft either. It's ironic but the last Ubisoft game I bought actually was Rayman Legends on PS4.

EA too. Just because they made Star Wars: Fallen Order doesn't mean they get a pass.

Other things EA have done that I like in the past year or so: put their library and new releases back on Steam, cool platformer games like it Takes Two & Unravel. Remade Mass Effect trilogy and is bringing back Skate & Dead Space. The new Battlefield looks really cool!
Now we need to see if Bioware can be redeemed with the new Dragon Age & mass effect

The new Battlefield will be all microtransactions

It was always going to be due to sales. Shame, I really enjoyed Rayman.

Because they know they can't top Legends, which is one of the best 2D platforming games ever made.

thats why they should make a new 3D rayman ;)

As good as the Rayman games are, they didnt sell for crap and thats why we wont see anymore!

Guessing no one can come up with any original designs that would top the last Rayman.

We need a 3D Rayman game

The side scrollers are going to become pretty samey

Just give me a full blown remake of 2, and I'll leave you alone for a few years.

With Michel Ancel gone they're probably not capable of doing that

Ding Ding Ding! This is the right answer.

With the Creator of Rayman and Beyond Good and Evil gone, good luck waiting on the next one. And after seeing what Ubisoft is doing with the prequel/sequel of BG&E and all their GAAS games, I stopped caring because it's not like Ubisoft cares. They showed how much by making Ancel wait and wait while they made other games.

Yup. I remember Ancel and his team had to protest to Ubisoft just to release Legends. I'll never forget that.

The Best Games of the PS4/Xbox One Generation

Just playing these four colourful games could make you happy

Assassin's Creed 2, Child of Light and Rayman Legends are free for limited time