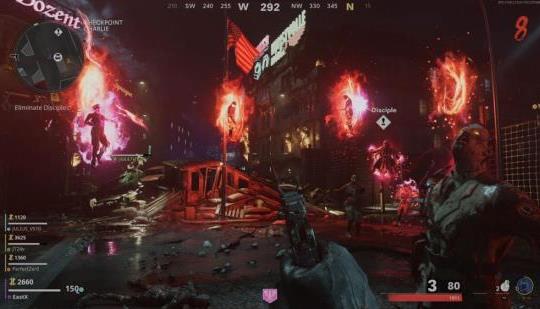 How to Unlock the Robot in the 'Mauer der Toten' Zombies Map of COD: Black Ops Cold War

The latest Zombies map to be added to Call of Duty: Black Ops Cold War is called 'Mauer der Toten,' meaning "Wall of the Dead." This map sees the members of peacekeeping force Requiem forced to build a warhead to close the Dark Aether portal that was opened in Berlin by traitorous scientist Aleksandra Valentina. We played several co-op games on 'Mauer der Toten,' and we even found out how to unlock the robot, Klaus.

Adhttps://store.steampowered.com/app/1488200/Symphony_of_War_The_Nephilim_Saga/?utm_source=n4g&utm_medium=native&utm_campaign=sow_n4g_native&utm_content=png
- Comments (0)+ Comments (0)
TopNewestOldest
The story is too old to be commented.
160°2