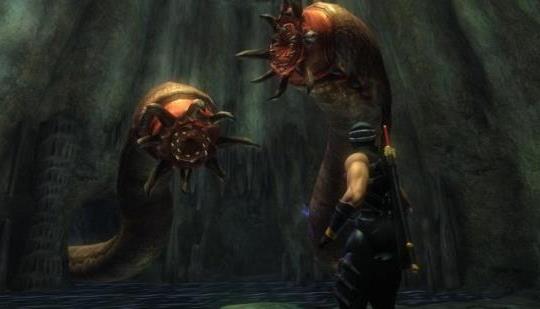 From Xfire: "It's not unusual to see the occasional bad PC port, but these ones make the bad PC ports look great in comparison."

To be fair with GTAIV, it was a very CPU bound game, released at a time when the vast majority of PC gamers still believed that the CPU was nearly irrelevant, and that you only needed a good GPU. 95% of "gaming" builds back then were using turds for CPUs.

Ya, 2005-2010 was an interesting period. Entry/mid level CPUs have come a long way since then.

The "majority" is still just as dumb as before.The game was simply f...d.
It had micro-stutters and never ever ran properly. People who say otherwise simply couldn't see the microstutter because of their LCD display's blurry motion. It should fly in 85fps or 100fps on fastest CPU back then, but it didn't. It was a buggy, awful port. I had a CPU over twice as fast as what x360 had. A GPU 5x as fast. And I couldn't do anything to make it run perfectly.
I don't know who's fault was this. Maybe it was not the developers alone. Maybe it was because of the drivers and the fact nobody gave a flying f..k about stable, high framerate on a PC game. We've had two different OSes then, and as I pointed out, microstutters were not that obvious on an LCD. There was no Digital Foundry to point such problems out and not many people still played on CRT monitors to be able to notice the problem (in like 2 seconds of playing, seriously, you don't need any tools. It just hits your eyes like a speeding truck)

GTA V continued the tradition. It manages the CPU resources so badly, it basically cannot run at locked 144fps till this day, or even 60fps in stereoscopic 3D mode (so 2x 60fps per second) because it's so dependant on single core performance and because it's so messed up by either port devs or Nvidia (who said they will fix it, then 3 years of promises led to shutting the forums down, which solved the problem in their eyes - no one complains anymore ;)

GTA III port was never optimized for even 60fps, not to mention 100 or 120.
The port of GTA V was hidden in their cabinet for almost 3 years, during which PC gamers were bein lied to about it.

See the pattern yet?
Yeah. They don't give a shit about PC gaming or assume a buggy, stuttery mess is good enough, as long as people keep buying the games.

Actually... to think of it. They didn't make a proper Lemmings game for PC either. There was Amiga version and that's it. Only later on they mercifully released Lemmings: Tribes sequel. Until then PC gamers could only dream about digitized (real recorded audio) sounds and music. So this tradition of shitting onto PC gamers is now 30 years old ;)

It Was Not 2B: NieR Automata director disappointed character didn't make it into Super Smash Bros.