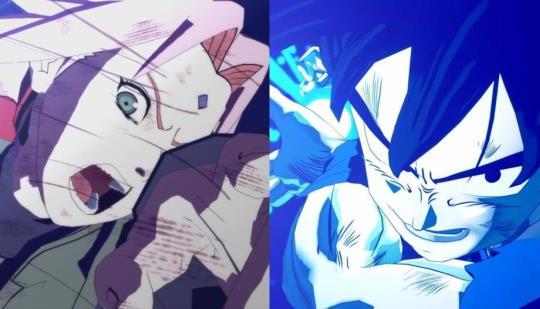 No One Makes Anime Games Quite As Well As CyberConnect2

There's nothing quite like flying in DBZ: Kakarot or Naruto: Ultimate Ninja Storm's battles.

That's also the problem. They are decent but never truly ambitious in challenging the powerhouses of any genre whether RPG or fighting.

Completely agree. Their games never quite reach that high point. They have potential but it's like they hold themselves back.

They do seem to have taken a safe route with the new Demon Slayer game though, which has no demons to slay (???) and is very similar to Ninja Storm.

I mean, ArcSys makes better anime games in Guilty Gear and FighterZ, so this argument fell on its face quick.

Those are both fighting games based off of an anime. Naruto storm, my hero one justice, that shitty one punch man game, etc are the games the writer is talking about Im sure

Or 20 second fights fall on their face when portraying multi season anime.

I like the games they work on and how they recreate the feel of the anime. They are masters of that imo but the gameplay is usually basic and doesn't ever try anything new. It's mostly the same over and over.

So that basically only ever makes it a good game with lots of potential to be a great game.

CC2 has a lot of potential. Theyre amazing when it comes to spectacle. Naruto storm looked great and asuras was amazing cinematic wise, but theyre gameplay needs so much improvement. Its so damn basic. Its like they hold themselves back. I remember the reveal trailer for asuras wrath having body slams, and suplexes, dragging enemies across the ground etc. And for some weird reason all of that was removed for gameplay that was hardly anything more than mashing the circle button.

And its even more frustrating cuz theyve done how many storm games now. Youd think they wouldve managed ti improve but tis like theyre not even trying. Idk man. I just feel like a dev like them shouldve been way bigger by now

As others have said, CC2 only focuses on the spectacle of their work, they refuse to make anything thats beyond puddle deep due to them believing that a majority of the anime fanbase is incapable of doing more then mashing O/B all day. They try add mechanics in between mashing one button but limiting movesets to a single button is the problem because it allows no combo routes or freedom because of that. What I found most ironic is the My hero arena fighter unironically had more depth to it with fighting, except that game suffers from dumb mechanics, slower gameplay, and supers that take forever to play out. Just look up combo videos for Ones justice 2 to see what I mean.

CC2 is a modeling, visual and animation studio. If they partnered with any studio that makes good games (gameplay wise) they'd make miracles!

Either Aquria for Sword Art Online or Cyberconnect 2 for the .Hack series. Gust with Fairy Tail coming up third.

All the anime fighter games i just leave in a generic pile and ignore (wether they are generic or not). I bought Kakarot on sale but the chances of me actully playing more than the first hour are slim.

I see no mention of Asura's Wrath here and it saddens me. While it isn't a licensed anime...it is pure anime though. Whoever doesn't know what that is needs to you tube it right now.

That is correct. Also that it's mostly cut scenes with quick time events. And average base gameplay. Doesn't negate the fact that it's awesome anime action. Doesn't cost extra to watch the whole on YouTube now.

I own the base game on PS3 disc but didn't buy any of the DLC. Remember it having some street fighter stuff in it but that was DLC too, I believe

Honestly, the Ultimate Ninja Storm games are the only ones I like of theirs and if I'm being honest I only like the parts that go over-the-top and are cinematic. I'd probably go out on a limb here and say they're better at making cinematics than they are at making games. I love the concept of .hack, but that game is beyond repetitive and boring to play. The story is pretty interesting and I like the idea of a single player game emulating the experience of an MMO, but it's not that great to play or even to look at. I am kind of interested in what they were doing with the FF7 Remake, but I doubt it would've been great to play just judging from things like .hack and Kakarot.

the ninja storms are amazing but kakarot was terrible.
i don't know if they did but i'd love for them to do a ninja storm MHA game. i knowq the mha game is already similar but if just isn't as good and not as visually impressive.