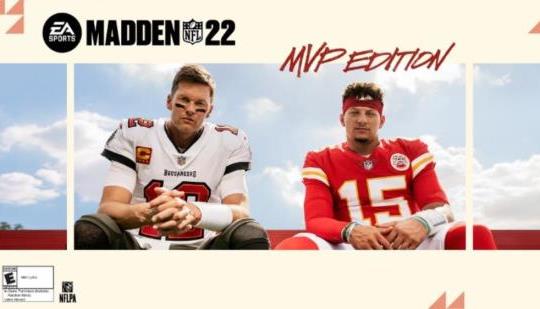 EA Sports doesn’t seem too concerned about 2K getting the rights to an NFL game of their own.

As everyone anticipates the release of Madden 22, we’re also waiting for news on another football game that is on the way. 2K Games, the developers of the dormant but never forgotten NFL 2K franchise, have their own NFL game on the way. Announced back in 2020, 2K has been working on an arcade-style football game with the NFL license. When it releases it will be the first game to use the NFL license not developed by EA since ESPN NFL 2K5.

You know what would be even better? Do I really have to say it? Don't even get me started.

Of course EA aren't concerned publicly. Give up the license so that others can make a game and see if that lack of concern still applies. They say more football games are good for the industry. But they are the very reason there's a lack of them.

I haven't bought a simulation football game since NFL 2K5 which I still have on the OG Xbox. That should give clues on what I think of EA, the NFL and the license. And, I'll never buy a game just because it's the only one on the market undeserving of purchase. Playing an arcade game I'm hoping will be good will never make me go out and buy Madden. And that's being nice about it.

I'd like to see Sega start making sports games again. I hate EA to the core and I refuse to support them unless it's a title I care about which is really rare.

EA spent 1.5Billon$$$ to keep the NFL License Sim to them for anther 5years. This is just EA saying There new game is to arcadey to compete with us.

blitz was always more fun than madden, so here's hoping sega can pull off making a fun game

im a 10000 years old and forgot about that, despite working with people from sega currently.

Didnt EA also buy up the NFL Blitz rights at one point? They used to have the EA Big label, which made fun, arcadey alternatives to their sim sports games. I miss NBA Street and NFL Blitz style games honestly. I always thought they should have made an NHL Street, but instead we got FIFA Street, which pretty much ended that style of releases from EA.

I hope the 2k NFL game is great, but I also hope they bring back some of the 2k Sports line. The NHL series could use some competition as EA has let that get pretty stagnant. Madden has been crap for years as far as Im concerned. At least they are on Gamepass so I cant complain too much as I never pay for them. I definitely miss the NFL 2k series, those were always a blast to play! They were a fine line between sim and arcade-style fun.

Yes Im aware. I wish 2k would get back in the game though as there is just no competition and EA has gotten lazy the last few years with NHL in particular.

They are scared of 2K running them out of the simulation industry and they know it. Even with 2K at its worst they are still 100x better at sports simulation. 2K nowadays is garbage too but I'd rather take my chance with them at a sports game than EA.