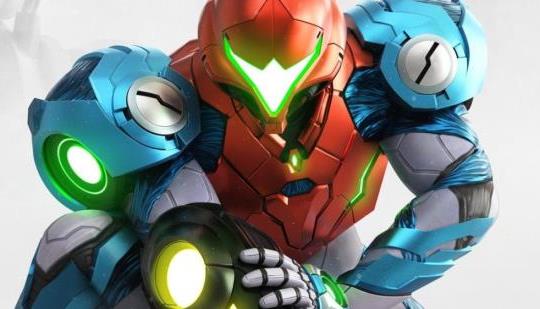 From Nintendo Life: "According to series overseer Yoshio Sakamoto, these tenets are the consistent components of any game that carries the name 'Metroid'. As producer on the freshly announced Metroid Dread, the veteran Nintendo developer has guided the course of this action-exploration franchise for three-and-a-half decades now. Yes, incredibly, 2021 marks the 35th anniversary of Samus' debut in the original Metroid for Famicom Disk System (and later NES).

"Her cool persona and integrity as a warrior has been a very important point for us to maintain and do justice to," Sakamoto continued via an interpreter during a group Zoom Q&A session we attended the morning after the E3 reveal. It's been 19 years since Metroid Fusion on the GBA, and this upcoming installment in the 2D adventures of the galaxy's greatest bounty hunter is billed as a conclusion to a five-game series that includes the 8-bit original, plus Metroid II: Return of Samus on Game Boy (remade for 3DS by Spanish studio MercurySteam — more about them later), the sublime Super Metroid on SNES, the aforementioned Fusion, and now Dread."

Good. 2D > 3D Metroid personally. (Even though I love the Prime games)

I never one bit give up hope that a side scrolling Metroid would come. Hardcore fans like prime series but we want 2d along with prime . Majority of other developers would probably abandon its original approach thankfully that company is not Nintendo . (Example resident evil one through three after that gave up its stationary approach)

I'm not crying I swear

Personally still prefer 2D, also love other M where it goes 2.5D to 3D. I know that game got hate but I love it.

Nvidia says falling GPU prices are a story of the past