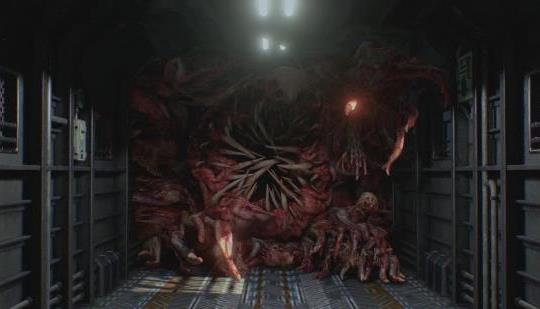 From Xfire: "Some Resident Evil final boss fights are so good that they just stick with you. Others are, well, not as good."

The final boss in RE8 is the best in the series imo.

really? Have you played all of them?

Yes, all the mainline games anyway.

@Kakashi - interesting.. I enjoyed RE8, but I felt once it left the castle it lost its lustre. I wouldn't say the boss of RE8 is the best in the series, but to each their own.

In all honesty, I really can never remember any final boss in RE. They are always overshadowed by other amazing bosses. RE2 had the allegator and the mutated factory fight. Nemesis was 3, Fish was 4, 5 fight with Matrix Wesker was cool.

The Alligator in RE 2 remake was a lottle disappointing because it was narrowed down to basically a quick time event. It was still kind of cool but not a good as before.

The Chris and Wesker fight in 5 was one of the worst boss fights in the series I think. Punching boulders brought the series from some campy moments to straight up stupidity.

I camt remember a lot of the bosses from 6 but I played through that game with Moat characters only once and couldn't do it again. Unlike any other Resi game that got multiple playthroughs over the years

Amazon Slashes Up To 79% Off On Several Action Adventure, Fighting, RPG & Simulation Games

Resident Evil 9 Is Leaving The Winters Behind, So What's Next For The Series?

It’s Time for a New Lord of the Rings: Conquest