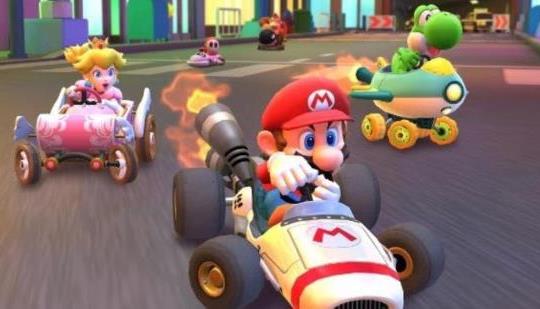 Phil writes, "The kart racer: a sub-genre in the racing game genre that generally features video game mascots and colorful cartoon characters competing in speedy races against one another for the sole goal of crossing the finish line in first place. No doubt Super Mario Kart made this sub-genre popular and put it on the map, but for every well-done Mario-branded racer, there are countless others that fall through the cracks. For this purpose SPC brings back The Tuesday 10s to list ten underrated and under-appreciated kart racers from a wide swath of developers and franchises."

I agree with ModNation Racers. I did have a good time with what I did get to play at a friends some time ago. Nickelodeon Racers though? If it’s anything like the original, that’s a hard pass…

Don't agree with Mario Kart tour as it's not underappreciated. It's just literally not great. Everyone has tried it.

On the other hand ModNation, Mikey's Speedway USA, CTR, and LBPK I agree with. Though CTR with the rereleases recently hasn't been all that underappreciated and that with Diddy Kong Racing are my all time favourite ones. I think sonic transformed is very under appreciated though.

Outside of CTR ModNation is the most underappreciated because the game was amazing and don't think it even sold a million. But the community was always pretty cool. Creating was never hard. But it could be as complex as you wanted it to be so it was for everyone. I'm still praying Sony makes a ModNation Racers sequel for PS5 as the only issue the game had imo was load times and not being 60fps

I hope they do as well, I had the game on ps3 but never spend a good amount of time with it which I kind of regret, would love to give it another go.

Chocobo Racing can't get no love

There's a little known kart game called Bears Can't Drift that had a bunch of potential, was fun to play, but low sales that left the dev to simply abandon the project before fixing technical issues with the game.

They really did have a good game on their hands, but they gave up before it could reach full potential.

I'd add in a very unknown title called Merlin Racing on the ill fated Nuon. Nobody that I know of has heard of that platform but they have heard of some of its games. More specifically Tempest 3000.

Although, Merlin did get a sequel on the PS called Miracle Space Race.

Shame the Nickelodeon Kart racers don't have voice acting. They feel empty without it

Mario Kart Deserves Better Than A Bunch Of Mobile Tracks