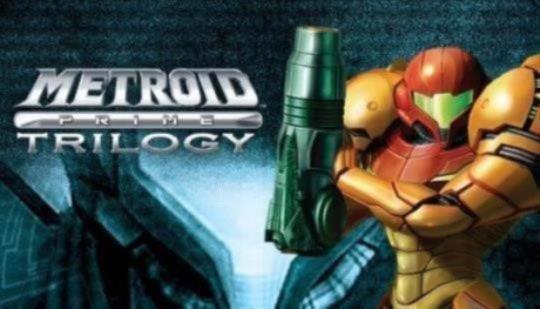 Former Retro dev: Metroid Prime Switch "would take a lot of effort", "skeptical" of it happening

With Metroid Prime 4 in the works for Switch, many fans have hoped that Nintendo would bring the series’ first three games to the platform. It’s unclear whether or not that will ever happen, but a former developer at Retro Studios has weighed in by sharing his own thoughts.

I wouldn't be surprised

I just think it's funny how all the games announced for the Switch in the past 2-3 years, this and Bayonetta 3 are the only ones that haven't released yet, two games which are probably the most demanding.

Nintendo can't do to Metroid what they've done to Kirby, Yoshi and Donkey Kong, making cute little side scrollers with different art styles. So it's probably why they are struggling with Metroid 4 and the direction it's going to take, I mean it's already had to restart development once. Even with Zelda, compared to those tech demos, we've never had anything like it.

I would like a new Metroid game I haven't played Metroid since the SNES I own the original on NES I bought cheap in a pawnshop. I skipped the Prime games on the Game Cube now I have to buy them individually just to play them on my Wii. Nintendo could at least port the Prime games to the Switch they are good at porting other games to the Switch. Why they avoid the Prime games is stupid it opens the franchise to those who missed out on the Game Cube games or it also opens the door to those who were not even around when the Game Cube came out. I went out of my way to buy a Switch just to wait for Metroid. You never know unless you try and put in the hours to make the Prime games work on the Switch and in the end it will pay off there are Metroid fans out there in the world.

I didn't disagree but I'm hoping you played the Gameboy Advance games. Those were great. Also, AM2R is an awesome fan game remake of Metroid 2 from Gameboy. AM2R was made on PC and ported to Android before Nintendo came after the developer. I have both. And then, there's the 2D Prime demo that just released recently for PC. I downloaded the demo but haven't played it yet. Been playing Mame and Openbor between VR.

I love the 2D ones. With Super being the best. But the ones I mentioned are also great.

Like the Switch Pro the Metroid Prime collection Switch Edition has been brought up since 2017. We are now in 2021 and "insiders" are still saying its coming. At this point if the Prime Trilogy isn't announced at E3 2021 this has been one of the the longest running gags I've ever experienced. lol

I'd like to see the trilogy get remade for Switch and I know it would be successful too.

It would would be great if Nintendo could work with a company like Nightdive Studios, who are wizards at making old source code work for modern systems.

Im just going to play the trilogy on an emulator at this point...

Article- “He suggested that it could take a year with a full time team of four to five people to rebuild the hundreds of interaction sets in Metroid Prime 3 as well as retuning the gameplay “to take in the slower engagement pacing of conventional controls”.

I don’t think a team of 4-5 people is something that would be overly costly for Nintendo.

After playing Returnal, Metroid would be amazing with that visual fidelity, Action etc. Just not the rogue lite crap.

It’s been rumored for a long time now. Plenty of time to put in the required effort.

Function Over Fashion: The Importance of Core Mechanics

7 Nintendo Games that Should be Remade for Switch