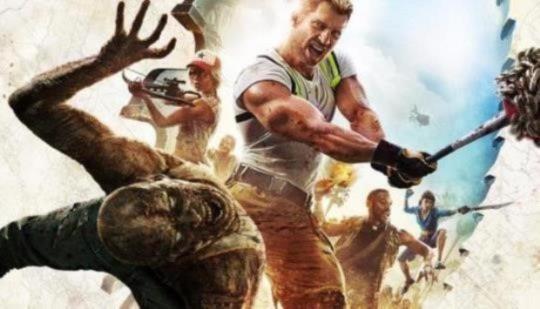 According to a leaked court document, Dead Island 2 and Saints Row 5 will be exclusive to Epic Games Store.

This court case is proving to be the biggest info dump/leak we've ever had, and the most reliable source lol.

Exactly. No one would though how Microsoft praised so much The Last of Us 2 as to say that there is nothing like it in any console or on PC.

Doesn’t change that it’s story and writing is atrocious...

The irony is they are looking the 'nicest' so far based on their 'review' of TLOU2... despite looking super awkward.

It's a good reminder that these companies ARE big corporations, not our friends, no matter how hard they pretend otherwise.

But hey, it's early days. Very likely a lot more info is going to come out as the case continues, relating to every company. It should be an interesting few days ahead.

The same way that doesn't change the fact that the game has received over 200 GOTY awards and is the only game on video game in history so far to receive the most awards.

Getting tired of EPIC simply buying exclusivity. If they outright bought these companies, and acted as publisher, it would be one thing.

Can't produce a solid storefront, but can throw boat loads of cash at developers to make sure you have to use it ...

Complaining about free games and devs making their money back? Odd.

And yet they've been in the red since the store's inception, and for the foreseeable future.
Looks like my mentality is shared by many. GoG reworks old titles for new OS and hardware. Steam hosts an amazing network for players to interact. Greenman actually gives you the chance to return titles for store credit. Gamersgate hosts many abandonware titles you couldn't find elsewhere.

It's cool that Epic offers free titles to people, but it's not like other sites haven't also, and it's legitimately the only thing they have to offer, outside of trying to gate off access to games on other platforms via Tencent/Fortnite money.
Everything they do anymore, as a company, is shady business practice.

What does it matter if we're the ones benefiting?

If you dont like it don't use it. It's not like this is new they have been getting exclusive titles since they launched but they offer devs a better profit margin over steam just taking 30% and long term that percentage will matter some Devs may look at less profitable games as more profitable overall leading to sequels.that wouldn't have happened if it made 15% less.

"Dont like it don't use it" isn't a solid response to my disagreeing to calling out the only PC storefront who is trying to wall off titles to their store.

That's what Xbox is doing too.

Well, I agree with a lot with your claims about Epic not really improving the store but they are also making things different.

I don't know, Ted. They haven't committed any crimes and have been aggressive just like the other major players in the industry but that is the only way to survive.

I don't like their business practice. Look even at the lawsuits they are in; they're playing power grabs in every market, and trying to circumvent the rules had on other storefronts for maximum profit.
It's their right as a business, but that doesn't mean I endorse it.
I like PC being an open market though, and they're the only ones trying to change that. Steam has a majority on the PC, but they never stopped me from buying games through other stores.
They're doing everything they can to get that majority market, and I'm positive, if and when they get it, even that bigger cut in sales for devs will go out the window.

I see your point. Don't endorse their tactics myself just because I am aware of their usage.

We'll have to see in the future if their customer friendly pitches are here to stay regardless of their profits to come.

Don't get me wrong; the day they start taking that money and bankrolling interesting new "Epic Exclusive" projects, they'll have my money.
But as long as they're throwing around money just to limit where I can buy games, I'll simply wait until it's available elsewhere. I just choose to not support what I find bad business practice.

Saints 5 better return to what saints 2 was

I'd rather see a new style altogether

Agents of Mayhem is awesome

Seriously! I bought that game on sale, and honest i felt critics were too harsh on it. It's super satisfying to play and the city is beautiful. Really made me excited to see what they do for Saints Row 5.

I think saints 3 and 4 are much better. Hopefully they keep going with the over the top shenanigans.

That's nice, if I was interested in these games, torrent FTW, fuck you Epic haha. While everyone complains, moans and groans I just torrent with a smile 😊

I know, it's been out since Aug. 2020 I think. No torrent because it requires a internet connection at every launch of the game. They need more time. Come on CODEX you can do it 😀

If true hopefully SR5 goes back to its roots

Dishonored: Death of the Outsider and City of Gangsters free at Epic Games Store