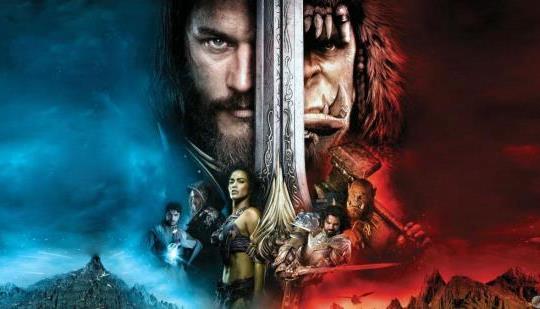 Zahi AR. from Link Cable Gaming writes “Welcome back Link Cable Gaming followers, to today's topic on why video game movies have traditionally been unsuccessful. After finishing school, I’ve been travelling and taking some extra time to watch “classic” or recent video game movies. My favourite of the worst will always be The Rock’s greatest film of all time, Doom (2005). The video game industry has had a difficult time adapting some of our most beloved classics to the silver screen. Join us today as we look at why video game movies have been lost in translation.”

Easy because they are a rushed out the door pile of shit to ride the hype of the movie like ET for the Atari 2600 I own it played it once as a kid and now it just sits on my shelf. Most movie games in the 16 bit and 8 bit era were crap some games had extra shit added to them that was not even in the movie. Or some movies games played nothing like the movie. I don't remember people hunting for sea shells in Jaws I don't remember people jumping over zombies in Friday the 13th movies. Only movie games I played that I actually liked was Golden Eye on N64 and Gremlins 1 and 2 on NES that was it everything else I avoid I hate movie games. It's rare to find a good movie game that is actually good and matches the movie.

Every single video game adaptation that Hollywood creates repeats the same mistakes everytime...they stray as far as they can from the source material while relying on outfits, items and backdrops taken straight from the games so it looks faithful.

Take the new Resident Evil film coming out, they have many things which looks like they've copied it straight from the game but they've combined the first game and the second game into one film while removing Barry Burton and Rebecca Chambers. Like, what Resident Evil fan would do that? Even the casting looks totally off.

The further you stray from the source material, the worse it usually is.

Arguable. The first Resident Evil movie is the best of the franchise, as it gets the core concepts but put its own spin to it.

Schlock is subjective. I say the first one is a very competent sci-fi flick on its own.

Where did the author make the argument as to why video game movies are unsuccessful? All I read were a few points as to why the author thinks video games are more entertaining than movies in general. This reminds me something I might have written in high school just to meet an assignment requirement. The only difference is it would have featured a title that actually matches the content. Anyone can be an author on the internet folks.

Bruh...so many articles here would get failing grades in even an intro class. The thesis should reflect the tone of the work. An article like this one may not be nearly as formal as an essay for an assignment, but the principle shouldn't be any different. You don't typically frame an essay as being about how the modern social context shapes current artistic expression, only to instead talk about why you think modern paintings are lit. Somehow, it's perfectly acceptable for journalistic articles to be written like that though.

How Pokémon Try (And Fail) To Please The Fans