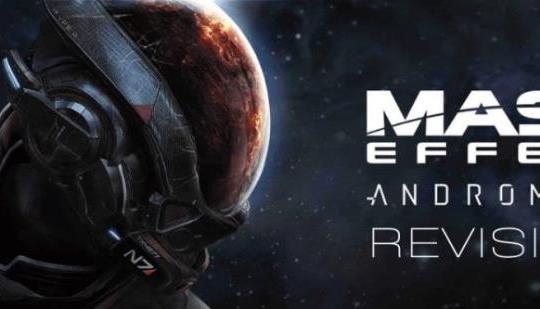 Thinking of finally jumping in. EA Play has that $1.49 deal going on.

I paid $20 for it a month or so after it released. A time when It was still getting fixes to correct tired faces. Lol Theres definitely enough fun to be had at $1.49 imo and if you end up not liking it I doubt you'll miss that little amount of money.

I payed 10 and feel like I underpaid for the game.

For this price it's worth a try

It’s a promo in the NA Playstation Store, under deals. 1 month EA Access membership for $1.49, good til March 9.

Wanna tip to make it really enjoyable. After playing for about 5-10 hours, skip all dialogue. The action and planetary exploration is where its at.

I thought you meant the game Mass Effect Ad was 1.49

@dan
Nah, sorry it wasn’t clearer. You should be able to beat it within a month though.

I enjoyed andromeda the story wasnt better than the original trilogy but its still decent.

This paragraph from the article sums it up perfectly for me:

It’s by no means an awful game but it has a lot of niggly flaws which hold it back. I think the huge shift away from the setting and characters of the original games was massively jarring to fans and didn’t exactly help. I don’t know that it deserves the level of vitriol that’s been thrown at it since release, it’s fundamentally a solid game, I think my main issue with it is that it had the potential to be so much more. With that being said I enjoyed it a lot and at no point during either playthrough did I ever consider not seeing it to the end.

Yep. That is about right. It was a decent game. I felt like a sequel would have given them the opportunity to fix their mistakes. But EA is still EA.

But Mass Effect 1-3 were great, and they set a really high bar. A follow-up on what was newer hardware at the time was expected to be even better. It wasn't, so...it was a disappointment, to say the least. There are far worse games out there, but it just isn't a great Mass Effect game. I enjoyed what I played of it (didn't quite finish it), but it just made me wish I was playing one of the other games in the series.

I regret my first visit to Andromeda. Don't need to revisit it.

i just jumped into this game last month. so far it sits just below 3 for me. so if you can get through mass effect 1 this will be enjoyable

Did they fix the faces and glitches?

They did. Quite a while ago.

"The key one being it’s still buggy as hell. I’ve suffered multiple crashes and I’ve had instances where all the sound cuts out to be replaced with a loud buzzing noise and requires a reboot, which obviously impacts the playing experience quite heavily. I’ve had stupid ones like the Nomad spawning inside a building where you can’t then use it, cutscenes where people are holding invisible weapons and instances of speech starting unprompted and seemingly totally out of context. All of which are irritating but thankfully not game-breaking.

Human characters (with a few exceptions) look appalling, they look kind of like wax dummies and facial animations aren’t the best which doesn’t help with the immersion. "

To some degree, if you had a big problem with it before, it might not be enough. The game is playable, you just have to accept the caveat of the graphics being a bit wonky.

Wow, in that case I'm not even touching at bargain price.

Mass Effect Beta is not worth your money

I have played a ton of games. Andromeda is NOT a bad game! Haters are going to hate. I was replaying it on my X1X, but my Series X came in, and I am playing games enhanced for Series X.

I tried to like the original mass effect trilogy but I could never get into them personally.

I actually really enjoyed it and would buy more in the Andromeda series.

No offense intended to fans of the original trilogy. I think Andromeda just suits the tastes of a completely different audience.

Yeah, I hear you. For me, I LOVE the Mass Effect Trilogy. So naturally, I went into this game with certain expectations. If this game did not bare the Mass Effect name, I think the reception would have been a lot better. I enjoyed it for what it was and wanted more DLC when I finished.

This game is unreal levels of awful. The fact people can actually enjoy a product like this baffles me. Each to their own.

The gameplay on it was actually great! I didn't play much of it though. Facial animations were definitely bad.

Agree 0Disagree 0
▼✖-+
SPAMInappropriate
Show all comments (32)
The story is too old to be commented.
90°