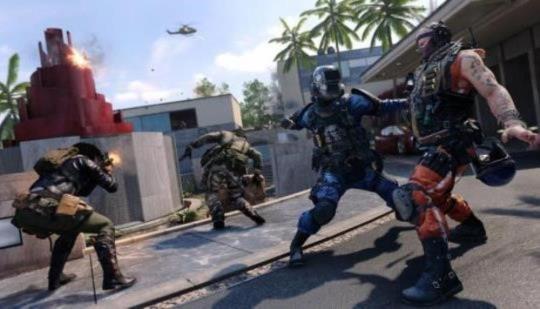 videogameschronicle.com
- Comments (40)+ Comments (40)
TopNewestOldest
Expand all
The story is too old to be commented.

We all knew it was coming. The question is who’s making it this time around?

Infinity Ward, best guess.
2020 was Sledgehammer's year but they botched it and Treyarch had to intervene. 2021 was Treyarch's year.
So with Sledgehammer out of the equation and Treyarch and Raven already contributing to 2020's release ...
That leaves us with IW. Instead of 2022, they'll instead prepone their release to 2021.
Should be a MW'19 sequel.

Sledgehammer is supposed to be making this one 2021 they scrapped last years and treyarch took over to soon for infinity ward there’s is next year.. sledgehammer have regrouped and been working on next cod for 1.5 years

I honestly just want remastered MW2 multiplayer. I was pissed when they re-did MW1 MP but then they only remastered the story for 2.

Yeah but did you know Activision is set to announce a brand new Call of Duty title set for 2022? You heard it here first.

What idiot wrote this?

as opposed to a non-premium Call of Duty?

I feel bad for these studios, just CoD all day every day, their developers must be like brain dead by now

What's worse, they have the talented team @ Raven Software, which is a much older studio, responsible for many original IPs and ideas ... and Activision has relegated them to be a CoD and Destiny(past) support studio.

Those developers need a break from first person grit shooters, I truly do feel bad for them. I hate the culture at these big publishing studios. Just keep milking their sub-par IPs indefinitely, Ubisoft and Assassin's Creed, EA and Sports games, it just goes on and on.

Look at what Kojima had to go through with MGS series. He wanted to leave as director since 2001, but kept getting dragged back into it for another 14 years! When he finally had enough, the president of Konami fired him because he refused to keep making more MGS games, and moved him to another floor away from his fellow developers during the last year of Phantom Pain.

Video games are amazing, but the video game industry is terrible.

Should be Fields of War*

New? Premium quality? Call of duty?
3 things that never will be at the same time.)

I hate that this is the norm, but it's to be expected.

Wow, I never would have guessed that.

Your avi says it all. This is madness

So did Sledgehammer and Trey switch years? I really doubt MW2 is coming this year.

I actually am more prone to believe that it’s Trey’s turn yet again than an Infinity Ward game.

Remember to get a 500gb storage drive with the game ha

I am shocked I tell you.

In other news, there will be a Madden 22.

There are "premium" Call of Duty games?

This is the way

I love you Activision

How Call of Duty turned war into a profitable circus

Call of Duty "Ecosystem" Profits Greatly After Including F2P Elements

Taking A Look At Every Cancelled Call of Duty Game