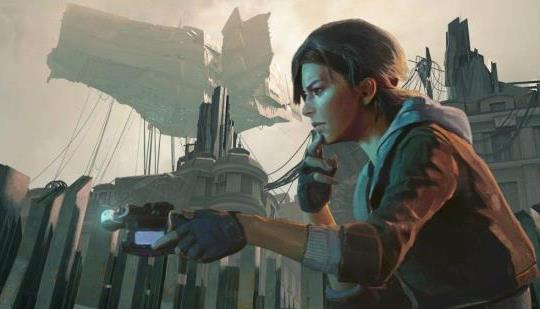 Valve hadn't made traditional SP games for a long time until Half-Life Alyx, and its success has made the company consider single-player games again.

I still think the game itself would have been rather lackluster if it was a flat experience. I'd rather them give us these VR experiences on their own but then also develop standard games as well.

The HL games have been fantastic, even down to the fan remake of the first game

Do a traditional HL game with this and it would be great, it wouldn’t get shit reviews because its not a VR game

Both fans are content, no one is left out and everyone gets to enjoy the game

You can’t have this as a separate VR experience after what they did with the overall HL story, something that directly relates to Episode 2 and Half Life 3. It would be unfair to get it Half Life 3 and go “oh you don’t understand what’s happened? Tough shit you should have bought a VR set to play Alyx”

@Foxtrot - I don't think you understand. The game itself, while awesome being completely set in the HL universe , was designed around VR. Puzzles, Interactions, Combat, etc. Changing all the sequences and interactions to simply press X to hack or press square to reload would take away from the actual experience. Everything that was so special in VR would become just like any other shooter. Why not have HL VR and HL3? Do you get upset when PSVR only titles release too?

They could easily replace the puzzles and the like with something new, it’s not hard especially not for Valve

“Why not have HL VR and HL3? Do you get upset when PSVR only titles release too?”

If it was a spin off with new characters I wouldn’t care but because it literally sets up Half Life 3 it’s unfair on people who can’t play it. How can you say “and HL3” when I’m order to understand HL3 you need this game

@Foxtrot - fair enough, I can see your side, it's not like I don't understand where you are coming from here. I just think that the world is big enough for both types of games. You are also saying that a VR created title should get a 2D version down the line because "you say so". I dunno, that's up to Valve I guess. Maybe they will make a flat version for you later.

Quit your whining, the good sales Alyx enjoyed are the reason why HL3 might actually become a reality. This article is proof they had lost faith in single player experiences.

What are you talking about? Shit reviews? Half-Life: Alyx has a 93 on metacritic. Because its' amazing.

The comments in the article do not make any sense driven from the lack of a true user base (or potential user base) backing this game. It's silly to see out of all the success in the industry from actual selling games, this is what drives them back to consider making new games 🤔. Yeah Gabe, we believe you.

@Foxtrot
"it literally sets up Half Life 3 it’s unfair on people who can’t play it. How can you say “and HL3” when I’m order to understand HL3 you need this game"

How does a story that takes place 5 years before HL2 set you up for HL3? I haven't watched or played Alyx so I'm not aware of the story's outcome but I know the timeline. All I heard was they hinted to HL3 in the game and had some fan service in the game.

Well sir, you better stay out of the articles

They're successful enough that they don't really care about games outside of something that really interests them. They are going for innovation and whatever the devs want to work.

They don't operate like Sony or.ma.who.are out only for revenue. They already get enough money from.steam.

I wish i got a half life 3, but also as a software dev i totally get the lack of.interest in making the same thing over and over.

No it doesn't. They aren't interested in making games that aren't innovative anymore, they've stated it multiple times. Alyx, is inspirong valve to try again

VR has been a completely mixed, not many have done it justice, half life alyx is a game that really proves it can be great and provide a different experience to last gen games

but single player games are dead we keep being told

Dead Space Review - A Triumphant, Shining Example Of How To Remake A Survival Horror Classic - PSU