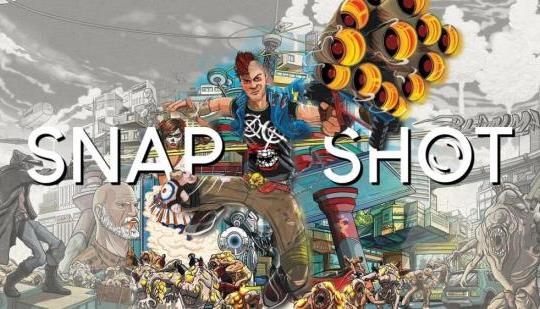 Sunset Overdrive Is the Most Underrated Game of the Generation

Insomniac Games' Spider-Man gets a lot of attention, but Sunset Overdrive on Xbox One is the most underrated game of the console generation.

Adhttps://store.steampowered.com/app/1488200/Symphony_of_War_The_Nephilim_Saga/?utm_source=n4g&utm_medium=native&utm_campaign=sow_n4g_native&utm_content=png
- Comments (75)+ Comments (75)
TopNewestOldest
Expand all
The story is too old to be commented.

I'd love a Sunset Overdrive 2 for PS5

you and me both

Sony won't stop insomniac but I don't know if at this time insomniac wants to revisit this IP. Our best hope is a remastered version of the first game with all the content and improvements/tweaks

IG could quickly whip up a version that takes advantage of the DS controller and 4K/60 performance of the PS5. Then hit everyone with a full on part 2 that we have been waiting for. IG had the sequel all planned out.

Insomniac owns the IP and sony owns insomniac. Also this way sony can get real data on what's the interest level around this IP since it didn't do well on xbox

MS published it but the IP still owned by Insomniac and now ironically Sony's. I said "ironically" because they went to Xbox because they wanted the IP ownership as they don't get that with PS, but in the end, Sony bought them and the SSoD IP too.

It's a good game. I hope mpre gamers get to play it. I would replay a remastered version.

Nuetral, agreed. It's all a out who owns the rights and developers. People meed to keep this in mind.

Most underrated ?? ...have you heard the Last Guardian and Gravity Rush 2

I did like it, but for me the most underrated game of last gen is probably The Order 1886.

Ryse and Quantum Break for Xbox

Also Ghost of Tsushima should've been a 90 scored game IMO

The things that pissed me the most about Quantum Break is on how the media already had their opinion about trashing the game instead of reviewing it.
The worst offender was Peter North from Gamespot that basically trash the game
then proceed to praise Control as one of the best game.
The funny thing was that the same flaws he saw in QB became great strengths in Control.
( The broken fighting mechanics became great, collecting stuff now fun, the arena fight a joy).

None of those games were underrated.

GoT aside, If anything I'd say those were overrated titles that recived more praise than deserved just because they're were hyped up exclusives. I mean have you even played Ryse? Apart from the graphics there isn't anything good about it.

I loved the order... but it was not underrated.
The gameplay needed more life and diversity via what was offered.
Huge potential with little effort to correct,,but the game deserved the low scores.

I want a sequel very badly... but you still have to call out the issues to take it to the next level.

I really enjoyed it. I am disappointed it hasn't had a sequel.

Hopefully its able to find new life on the PS5. It definitely has the potential to be a successful franchise.

The critics decided that it was thrash the moment they saw the game.
" Another generic white male protagonist"
" Do we need another Zombie game"
" Another open world game set in a apocalyptic era"

I remember saying multiple times before the reviews that the game would score an average 6-7 because the media already decided that it was trash in a similar way to Quantum Break.

Yeah, both games were slammed with negativity early on

days gone was good , sunset overdrive was great , godfall ?...should have been named god-awfall

Do you love it because it's a good game or because it's an exclusive? Because I can't envisage you bashing any game made by Sony.

Days Gone is friggin awesome. I did every single thing possible in that game and I'm waiting eagerly for the sequel. Does that answer your question numb nuts?

Have I touched a nerve petal? 🤣

Maybe next time don’t generalise the PS fan base - they didn’t all like the game. Plus you don’t have to be a PS fan to like this game either.

It is sad to see so many great games got destroyed by bad journalism, non justifiable hatred, bad marketing, ignorant gamers...etc

That was not the reason... the height of the release was drowned out by Microsoft’s plummet in the market.
They lost 50% and paid for it to be exclusive... cool, they needed it, but it is the same as titanfall’s failure and other Xbox one games at the time.

I did really hate the Sunset Overdrive commercials.

There are so many games that fly under the radar that I struggle to see how anybody can choose one game to be more underrated than the other.

No doubt. I have a list of underrated games. Mad Max, Vampyr, ME:Andromeda, and others. But probably the top of my list is Rebel Galaxy. Best space battle game I've played in a long time and top notch soundtrack.

Yeah, Rebel Galaxy somehow nailed it. The "prequel" is not that good. It is ok, but Rebel Galaxy was about those big spaceships and not small fighters. Also the "2D" Space took much complexity out of the space navigation, which I really appreciated made it much easier to find stuff etc.
Sadly the game never got a pro/x patch. Not even the "prequel".

I played Mad Max years after it was released. I loved it so much the I platinumed it. I really had a great time with it. Took a lot of photos too.

Vampyr, for all its jank, is fantastic.

I love those unheralded gems like Vampyr. Jank? Yeah....no doubt. But still fun as hell.

"Sunset Overdrive is the most underrated game of the generation, but whose fault is that?

The game had good coverage and reviews, but did not sell all that well on the platform it was released on. As much as people in various comment sections talked the game up, not enough went out and actually bought the game for it to be a success, imo ofc.

Conversely, Days Gone was ripped apart by game reviewers, but sold well because gamers ignored reviews and actually went out and bought the game. Even the hold outs that at the time bought into what was being written about the game eventually reversed their opinion once they played the game.

Over the years, I never saw an upswing in buy opinion for Sunset Overdrive, only Froza Horizon, Ori, and Cuphead was ever mentioned favorably and considered must haves. The community should have done more to support the game.

It had more success in the 2nd hand market than initially at retail. It was also free on GwG.

Despite its sales, that doesnt take away from it being a really fun and under appreciated (better term) game. It's the office space of video games (cult classic over time despite not being a box office smash initially)

Quantum break was another one that was panned by critics but those who gave it a go actually find it quite enjoyable. sometimes you just have to find out for yourself if reviewers are right or wrong.

I agree, but the second hand market does not do the game any justice. Poor sales from retail caused MS to not see a reason to fund a sequel.

I'm not trying to take away from the game being fun, because who bought enjoyed what they played. The ones who didn't buy it missed out on a good game and weren't appreciative.

Quantum Break I can't speak on because the only things most said about the game was the live action movie like cut scenes, and something about missing animation for gun reload.

I may pick up a Series S in a few years to give some MS exclusives a try, or once the price comes down a hundred dollars. I'm interested to see what Gamepass has to offer.

Yes you have to make your own decisions and not let reviewers sway your opinion for every game.

It's a fun game but too many respawning enemies

Is it though? I played it when it came to PC 2 years ago, and literally nothing about it grabbed me. This was actually a huge shock as I expected to love it like most Insomniac games I play.

Most underrated game last gen might be the amazing Driveclub, considering how Sony killed the studio that made.it, removed the game from its store, and even took down the leaderboards.

One of the biggest crimes against gaming this generation.

Motorstorm is one of those franchises I'm dying to see come back.

Color me one the few but I found the game ok but nothing major or spectacular.
Like I hate the fact that you can't restart a game from the beginning (or if the case, only when you have completed it).
The story is pretty average and I have yet to remember a defining mission or side mission.
Actually what I remember the most about this game are the respawn animation that made me laugh (The phone booth and the TMNT drill).

It is a great, surprisingly deep title. I love the respawn animations.

I still need to play this

If it wasn’t a dude bro game I’d be more interested . Chasm was my favorite game that nobody knows about . Small game but I really enjoyed it .

Good game. I bought a X1X last year just for this and Dead Rising 3. Pluss gamespass with the exclusives is a bonus for me also.

Only reason I bought an Xbox

Shame it never got ported to PS4

100% took me a little to warm up too, but yes to me this and Ryse, why we havnt gotten a two for each baffles me

While the story is stupid the game-play is so much fun, people need to play it.

Personally I disagree. I played a few hours and found it quite boring and uninspired. I'm really hoping Insomniac don't waste their time with this IP on PlayStation.

I agree. It's one of my favorite games of all time. I'm surprised I overlooked it when it first released.

As someone who bought the game I would say it had a slow start, I even got bored and put it down for awhile. When I picked it back up just to finish it it got better and better. It had solid reviews, it just not held in high regard cause....reasons. I tip my hat to it, it's the o ky game ever to make me lol. However I've never played stick of truth or fractured but whole. South Park always crack me up so I'm sure the game would.

I liked that game, i would like to replay it on my PS5. Maybe a remaster or a remake + SO2, like they did with Spider-man.

I’m going to have to disagree with that assessment. Would you like me to produce a list of games from last gen that are excellent in their own right and sold less/are less talked about than Sunset Overdrive? I’m speaking rhetorically because that would take far too long. Sure, I’ll agree that it’s underrated. Most underrated game of the generation though? Nah.

Boy thats true, so easy to forget this one. Cool experimental concept and awesome movement, would love to see it return.

Game looked fun, but after finally playing it, was a bit too cheesy and boring for my taste. I will say I id enjoy the traversal element of the game along with the zip-lining. Personally, I believe there are more underrated deserving of that title such as Dying Light and Days' Gone. DG had its problems sure, but the gameplay and tactics are great. A sequel that would iron out the kinks would be a megaton.

Agree 0Disagree 0
▼✖-+
SPAMInappropriate
Show all comments (75)
The story is too old to be commented.