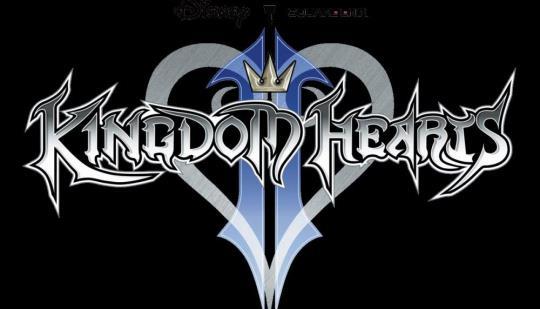 New Kingdom Hearts Project In Works For 20th Anniversary In 2022

Square Enix has revealed that the Kingdom Hearts team is working on a new instalment in the series to coincide with the 20th anniversary in 2022.

psu.com
Next Kingdom Hearts May Coincide With 20th Anniversarynoobfeed.comKSeid

Adhttps://www.youtube.com/watch?v=EjfojxXOobE&t=463s
- Comments (27)+ Comments (27)
TopNewestOldest
Expand all
The story is too old to be commented.

Kingdom hearts is the most confusing franchise in history. The DLC made no sense to me

The only thing besides the awkward mobile release that I didn't play. Is it worth it? How long is it anyway?

Series needs a compete rethinking to get me excited .. The part one was so boring and felt like a remaster. Mechanics aged so bad.

confusing.... not necessarily, its just alot of stuff to consider and remember. and u need to have played all the spin off games cause.. reason.
but i will say that alot of things dont make sense ha

It's not confusing. Kingdom Hearts is light. Except when it's something else. People who are unhappy or do bad things because they're sad or angry go to a dark place, and Disney villians wants to harness that power, except when they don't, and instead, it's a cabal of people who can only speak in cryptic phrases and cut narratives short because they understand what's going on, so you don't have to. Only to then have Disney heroes, who have no real connection to the over-arching storyline, because why not? No reason for the Final Fantasy characters who actually know how to fight do anything meaningful.

Then there's that guy, who is also this other guy, but also that guy over there. Then his girlfriend without benefits who inexplicably chatting up and helping another one of those guys, who is also this other guy, but also another guy over there, but not really, who herself some other chick, except she's not some other chick, and that other chick is just some kind of reflection of a messed up psyche, but it's cool, because that reflection is dead, except not really.

Then there can only be one keyblade master, except when there are thousands of them because it makes cool trailers, and then there is really only one and the key chooses it's master, except when that master fails some random test and because he's not perfect, the keyblade chooses another master, despite that master being an antagonist and full of angst, because it's not about light anymore, and the qualifications to be chosen are completely random and arbitrary anyways, but then there are hundreds of Keyblade masters again, because everyone needs a Keyblade....amIrite?

Of course there is the time travel...or is it alternate dimensions...or is it just some made up paradoxical nonsense but it's all scientific, so they just got one of those trinity of people's from above who can take care of it, but they're clueless to what is going on, despite them knowing what's happened in the past, and then do know what's going on, because while they're fixing that technology, they found the answer somehow, so they can move the narrative forward while the lead character acts like an idiotic buffoon who hadn't saved the world and countless people many times over.

What's not to understand?

Thinking about it, if Nomura just left the 4 final mixes for a whole game, it would built rich and clear content for a whole full game. Yeah but as everyone knows KH is the master of wasting potentials.

I'm hoping for a full on reboot to be honest

Even if they start again with a similar story with the same characters at least this time they can plan everything out more. It just got more confusing and with Melody of Memory having a continuing story it seems we are going to have more gaps in the story if you don't play it.

Either that or new characters, they could find replacements to counter the ones we have

Reboot would be the ideal thing to do at this point. Ive always been disappointed that Max was never in the series, and I think Oswald would be an awesome alternative.
I just wish they had more creative freedom, make original stories rather than follow the movies

Looney Tunes would be a better replacement for Disney. I'm not a fan of how Disney ended up being more a set piece than part of the plot like in first game. Plus, remaining or more recent Disney content I find rather banal compared to classic disney worlds.

Won't happen of course, but just my thoughts on the matter.

Also, I doubt you'd get a new male lead. Being Disney has a stake in these games, it'd likely be some very inclusive character, making sure to hit every point on the spectrum for what really matters today....looking good for the public to applaud your bravery for including meaningless tripe.

All that said, do you really think a reboot or just a new story arch...which KH3 was supposed to be the end of this story arc anyways....but do you think a new main story arc with new characters would really fix anything?

I do enjoy the games, but the story went off the rails a while ago.

No kingdom hearts game is a spin off as they're all detrimental to the story.

The words you're looking for is "non-numbered game"

Agreed or at least make it a full Kingdom Hearts game for consoles.

They need to return to the drawing board and realize what made the first two so special. Needs to be more exploration and progression versus this arcadey traversal mechanics they added to the 3rd. Completely broke the immersion

Agreed. Combat in KH2 was good. But KH1 still has the best exploration, environmental experimentation, and secrets to discover.

I've been playing this series for almost two decades now. Imo they need to let It go already lol

Clearly not. They have a rhythm game coming up that will go through the events of all previous games in music format now lol with "new story content"

Nothing really captures the mood of holding a pre-teen girl prisoner in a empty mansion like a formulaic modern Disney pop song that passes for a musical number, performed by a barely competent singer.

And this comment works it's irony on several levels.

What everyone wants: KH4.

What we're likely gonna get: A mobile game or a trashy spinoff.

My heart doesn't want to agree with you, but my mind does.

Knowing Square-Enix, I honestly dont expect a KH4 to come out within a three year gap after III. Like you said, it's most likely another unnecessary side project to add more to the already messy storyline.

The series is dead to me. I finished KH3 but it honestly felt like an obligation.

Extremely mediocre and not that fun...and at this point the story doesn't make any sense.

It makes some sense. It's just not very good honestly lol
The issue I have is that you play through these worlds that are not connected to the overarching story so it feels disjointed.

I felt it made enough sense. It wasn't a very satisfying conclusion though. Sora's role was pretty much pointless at the end.

More of KH1 and 2 and less of KH3 please. Thanks. Oh, and not one of those horrible fillers or spin-off that made me hate the franchise for a while... oh, wait wait, there's more: this time it must be COMPLETE right away. Thanks again.