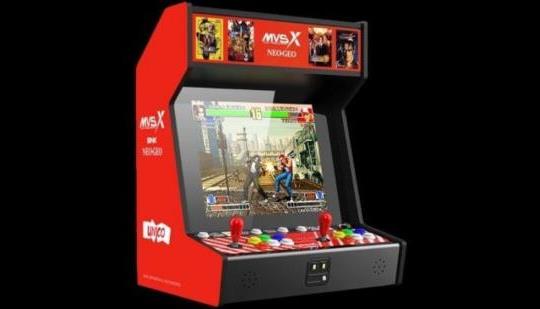 SNK is releasing a new arcade cabinet this fall called the MVSX Home Arcade. We have details on what you can expect, including a full list of games and the price.

Funny that a bar-top arcade cabinet made by SNK that aims to recreate "the nostalgic NeoGeo MVS arcade" as it is put, would have a 2x3 button layout that clearly makes it oriented to Street Fighter II and III gamers. All those King of Fighters games that come with the product are going to be hard to play without the signature NG lined-up-four-button layout.
Another proof that SNK now is a mere shadow of its former self.

A 17 inch screen is too small. I used to build table top arcades and it's possible to make it a 20 inch screen