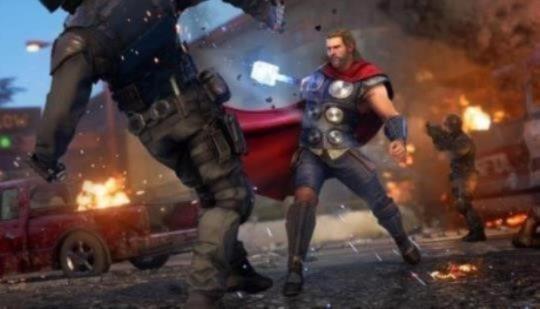 With the Beta for Square Enix and Crystal Dynamics’ Marvel’s Avengers going live this weekend AusGamers had the opportunity to don a metallic suit, step into some green skin, and flex some stretchy limbs as part of a recent preview session.

ausgamers.com
- Comments (4)+ Comments (4)
TopNewestOldest
The story is too old to be commented.
657d ago

There’s always that one. I’ve watched a few of the you tubers impressions and they have all been pretty positive. I’ll be trying it myself on Friday

I'm not saying everyone is doing it, but people are not looking at the bigger picture here! Right now this game is embroided in some major backlash and controversy about Sony being anti-consumer with the whole Spiderman thing, and looking how people are losing their how should I say it? One track minds, because let's be for real....it's happened before from the side that's being most vocal about it camp. Anyway because of this whole anti-consumer thing I don't think it's unreasonable to think that there won't be those who because of this, who would be willing this game a fair shake.

I'll give it a try regardless, if it's not good...oh well! It's not like I've never brought a bad game before.

Marvel's Avengers Next Update Out Next Week Says Crystal Dynamics

"Samurai Riot: Definitive Edition" is coming to PC and the Nintendo Switch on June 1st, 2022