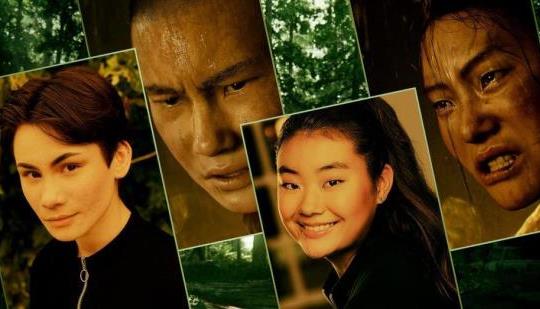 "I would take a hammer to the arm for any of my siblings, and I know they’d do the same for me."

Adhttps://www.youtube.com/watch?v=_iUAHlmkvuE&feature=youtu.be
- Comments (32)+ Comments (32)
TopNewestOldest
Expand all
The story is too old to be commented.
545d ago

Both of those characters and almost all of the new secondary characters were unfortunately pretty forgettable and underwritten. Everyone you met in the first last of us was more interesting. Manny, Mel, Lev, Deena and Yara were all really bland and I didn't care about any of them. Owen and Jesse were okay but that's about it.

Lev especially was just not interesting and that opinion is completely based on the lame things she says like "What's a quarter?" It's only been 5 or 6 years since the outbreak, c'mon. And just because Deena makes quirky jokes doesn't mean she's interesting. Making her a pregnant parallel to Mel was just as on the nose as having Abby avenging a father figure like Ellie was.

That makes a lot more sense, it just would have been cool if she talked more instead of always whispering "oh whats this?what's that?" We get it she grew up sheltered and isolated but it doesn't tell you anything else about her personality and I just didn't find her that interesting as a result.

The people you encountered in the first last of us like Bill and Sam were much more compelling, the characters in last of us 2 aren't bad they just seem so bland in comparison.

That is on you but i respect that

because i do not forget any of them and going by sites and forums they fans didn't forget them too .... ND made sure the game stay with the fans as long as they can remember
And they made me care for Abby by the end (which i thought would never happen) and didn't want Ellie to kill her

Notice how I didn't say anything about Abby, I liked her. And instead of responding to what I said with anything intelligent you just talk about how its going win game of the year. Yeah okay, and it should, but characters like Bill and Marlena from the first game were still more interesting than Manny or Lev or Mel.

Notice how i said i respect your opinion ? I wasn't attacking you

Completely disagree.. i talk more about the new characters than i do the old ones lool

Same with me. For me they are much more connected to the main plot, and not just "on the path" of them.

Riiiight, that’s why you ran here quickly to let us know about it. Get off your high horse, the game is awesome and no amount of crows eaten so far will change that.

Lev is a kid. She asked similar curiosity questions Ellie did in the first game, like about the ice cream truck in part 1. The only difference is Levs community doesn’t touch “old world” items. Asking about a quarter $ isn’t out of place for where she came from

really? I found all the new characters pretty insufferable outside lev and owen. Yara was alright, but she wasn't in the actual story that much to have any character growth, so in that sense she was forgettable. for the most part, I ended up not caring about anyone but the main characters, tommy, lev, and owen. Lev wasn't supposed to be interesting on his own. He was a prop for Abby's character growth, which he did well. His own personal story was interesting for the culture and society that had formed around it, and he was a pretty cool kid overall. Nothing to really dislike about him, and he could actually kill enemies for you.

I was confused exactly what they were trying to pull with these characters. They kept calling Lev a he throughout the game but he's supposed to be a she or something? Only thing I remember was that one line where Yara just tells Abby that one of the Seraphites tried to make him their wife.

It’s pretty clear that Lev was born a girl but identifies as a boy.

Lev is a female transitioning to a male. At a certain point before you reach the upper bridge on the quest to get Yara the medical supplies she needs for the operation on her arm, I believe you hear the Seraphites call out "Lilly" when you first encounter them. And after that encounter, she mentions that she'd prefer to really not talk about it much more with Abby. Basically, the Seraphites wanted Lev dead because of the change she was undergoing, and the fact that she backed out of a marriage with a Seraphite Elder, which in turn was against their traditions.

I didn't know Lev was a girl until the conversation about it. Just looked like a younger boy. It didn't matter in the end. I knew there was a trans character, but given some other things I had read I just thought it was people being a**hats about Abby.

It wasn't really that complicated to figure out though. There was nothing being pulled. It was just a character trait that had nothing to do with the story, but didn't detract from it, and was believable enough within the narrative they had built.

Lev is a girl. The reason she pretend to be a boy was because the Scars wanted her to become some dude's wife.

I swear I saw a tweet from one of the last of us characters say he hates all white men!?

Yeah he said some shit like that after a bad dating experience or some shit but was a tweet from 2017 when Ian would of been like 14 or something. People are digging it up to somehow discredit him as being racist instead of just a dumb kid and it tweeted out often by some manic 'fans' who didn't like the sequel. Honestly it doesn't look like much of anything and seems people are reaching to be angry about.

Um I promise you if a white man said that about any other person when they were a "dumb kid"! Be it black/asian/Latino they'd get fired and maybe Arrested with their whole career destroyed! As it has happened plenty of times! As it should happen! Why does this fella get a Pass!? Hmm

Yeah he did...and people seem to forget that

There's more but I really can't be arsed to search

Best PS4 games: 10 games you need to play on PlayStation 4

Fine-tuning The Last of Us Part II’s interactive guitar

10 Best (and Grossest) Examples of Body Horror in Gaming

Why video game doors are so hard to get right