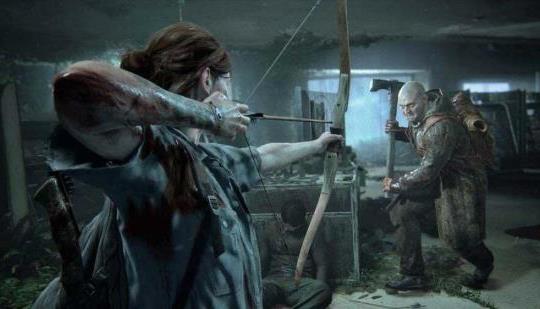 Oscar Garcia writes: "Just like Super Mario did in his day, The Last of Us part 2 will change the paradigm and concept of video games. Sitting in command we will see how we are ashamed of our own feelings, guilt will drag us to the depths of our misery, anger will stir us on our sofa and without a doubt we will feel disgust at the innate evil of the human being.

Ellie's journey will make us scream, laugh, cry and wonder if after this adventure we are better or worse people. Naughty Dog's work transmits feelings and sensations that have never been experienced in any other medium before, capable of polarizing and confronting opinions. With The Last of Us part 2 the video game can no longer be seen as just entertainment, that border has already been crossed, from now on the video game is already art."

Adhttps://www.youtube.com/watch?v=_iUAHlmkvuE&feature=youtu.be
- Comments (28)+ Comments (28)
TopNewestOldest
Expand all
The story is too old to be commented.

Agree. Not my GOTG, but still a piece of art. That will change and inspire few things in industry from now. Thanks ND.

It's mine too. Ghost of Tsushima is a close second, although I haven't finished that yet. I'm on the 3rd Act

Mine as well and GOW2018 is close second

This and the The Witcher 3 are my GOTG

It’s my game of all time.It makes me kind of sad because I don’t know if I’ll ever like a game this much again.

Death stranding doesnt even come close to top anything. Lol it had great cinematics i guess

God of war. Spiderman etc eat it for breakfast and spit it out

I just finished TLOU remastered. Other than the story I thought it wasn't that great at all. I have never been happier seeing credits to a game roll.

I surprised you'll even play part 2 at all, seeing as though you didn't like the first game. Maybe they're not for you.

IKR? I surprised he/she even finished the first one.

TLOU2 is my GOTG. No doubt.

Best game of the gen for me.

Defo my game of the year so far, by a wide margin but I dunno if it quite reaches my game of the generation. I dont think I could choose between Bloodborne, God of War and Last of Us 2, but if pushed, I would plump for Bloodborne.

It was okay - The game has some serious pacing issues, and I absolutely hated the ending (which was a weird combination of unbelievable and narratively incoherent considering what came before).

Graphics and animations are absolutely incredible though!
Audio is solid as well :D

Gameplay was kinda meh outside combat (combat was fun though).

Story felt forced in some areas, and there were some weird character inconsistencies throughout, but ND took a risk which, to me at least, didn't work as intended.
At least they had the balls to take a risk though, that's still something.

GoTG for me would probably be Dragon Quest XI, Bloodborne, or Dad of War :D

GOTG definitely. People aren’t talking enough about the fast load times on Ghost of Tushima and TLOU2 (or I just haven’t read much about it). These games are pretty much next gen games...being at the end of the PS4s life it makes sense, but it truly is a game changer.

About half way through and blown away so far. Combat and stealth feels so much better than the first, so brutal. Wasn't expecting the story to be as good as it is, finding it even better than the first. New enemies are brilliant, particularly like the stalkers. Graphics are insane, thought I'd switched a PS5 on. Finally managed to get the best settings for HDR on my TV and it looks incredible.

Best PS4 games: 10 games you need to play on PlayStation 4

Fine-tuning The Last of Us Part II’s interactive guitar

10 Best (and Grossest) Examples of Body Horror in Gaming

Why video game doors are so hard to get right