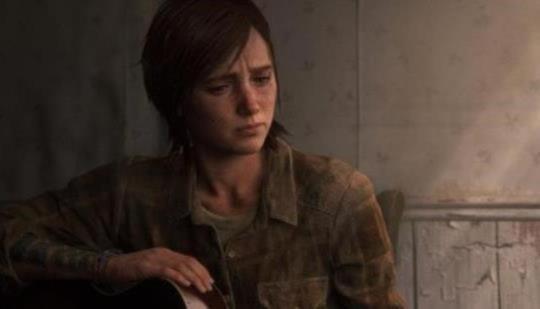 How The Last of Us Part II Defies Conventional Storytelling

The Last of Us Part II honours the original game by fully immersing players in a beautifully rendered world of despair, violence and horror, but never letting it overwhelm the flawed humanity of the main characters. Joel – what he did to save Ellie, and the destructive power of the immense lie he told her when she asked him for the truth – is a constant presence throughout the entire game, not just during flashbacks, but in every moment we spend with Ellie and Abby.

Adhttps://store.steampowered.com/app/1488200/Symphony_of_War_The_Nephilim_Saga/?utm_source=n4g&utm_medium=native&utm_campaign=sow_n4g_native&utm_content=png
- Comments (31)+ Comments (31)
TopNewestOldest
The story is too old to be commented.
944d ago

The biggest problem with TLOU 2 is TLOU 1

If the doc had one line like "I have a daughter" or any type of role in tlou1 other than being a random character then tlou2 would make more sense and it would be easier to sympathize with Abby imo.

I personally think they could make Abby daughter of Marlene instead.. Now, Druckmann just did what Kojima did WITH ground zeroes and TPP. He made a random NPC (Metic) an important character just for the sake of plot twist.

Thanks for commenting. I think the small retcon in relation to the surgeon (Jerry) worked really well - every NPC enemy Joel and Ellie killed would have friends/family in real life (something Naughty Dog has tried to convey more effectively in the sequel), and killing Abby's father was arguably worse because he wasn't a soldier and was one of the few people who could develop a vaccine.

I know. I just wish he had some type of role in part 1. That would justify Abbys action more for the player. Other than that I think the game was perfect.

As for part 3... I hope we get to play As Tommy instead of Lev/Abby/Ellie.

A retcon is a previously established fact getting changed later; the first game didn't say that the doctor was childless, so there wasn't anything changed.

There was nothing that didn't work because they made a nameless NPC into someone related to the current game's plot. We didn't need to know anything about the doctor in the first game, because we were coming at it from Joel's perspective. Joel knew what we knew.

It is a ret-con, but not one that changes anything about the original. Any one of us could have considered that doctor's past or motivations and come up with any random backstory, and it would fit.

Nicely put. I actually think it works even better only finding out about Jerry in the sequel. When Joel killed him, he wasn't thinking about anyone else but Ellie. Dealing with the consequences in the sequel gives the ending of the original game even more weight.

In real life testing is required for a vaccine. Surgery would have to be successful and the vaccine would have taken quite a long time to develop assuming it would have even been effective. I also highly doubt that the virus would be killed considering it mutates differently depending on unknown factors.

My point is although Joel was selfish they did want to do the surgery without Ellie's consent. That's horrible practice and only God wannabe doctors are capable of thinking that way.
Joel could have accepted it if they had asked Ellie and she said yes to the surgery.
Instead was they didn't ask and just told him they were doing the surgery and kill her in the process.

I've often discussed the inaccuracies or failed logic of the premise of having to kill Ellie to get the vaccine. They maybe had Joel and Ellie for a couple days at most, and they were ready to cut her open and dig around in her brain to get to a tumor that was apparently preventing the disease. But, given she was the only person who was immune....apparently....I think taking her life would have been a last resort. While I'm not medical researcher, I would think testing every possible thing that may be preventing the disease would make more sense. It was a bloodborne disease, which apparently could be transmitted by saliva(which means that a bite wasn't even necessary to be honest), which was also spore based.

Further, there is the innacuracy that the size of the tumor they showed in her head would have been debilitating. We could go on at length about the premise of transmission methods of the virus being highly inconsistent, or how when they walk through a crack in a wall out of an area infested with spores, they remove their masks almost immediately, despite the fact that fungus only needs one sport to thrive, and the amount of spores they show in just one of those areas would have overtaken an entire city. But, lets not get into the fact that fungus also needs light and moisture to thrive, but most of those interior areas were dark and dry. There are some exceptions of course, but fungus that grows in the dark tends to die in the light, and the infected seemed to have no problem being out in sunlight.

There are a lot more inaccuracies to the actual virus, which was fungus based it seemed, and the supposed medical treatment. The idea that this doctor was the only one who could find a cure in itself is preposterous, as any doctor with sufficient qualifications would have been put someplace safe by the powers that be(Fedra I suppose they were called). In all honesty, the fireflies not trying to get Ellie to a group of qualified doctors was even more grevious.

But, these are the kinds of things that you can focus in too much on, and if you allow it, it ruins an otherwise good story. There are times where it can take you out of the story, but in this case, it's just one of those things you aren't supposed to analyze too much. I have seen quite a few discussions on these topics back when this game was first out though.

I feel the same thing is happening with TLOU2. People are nitpicking to the extreme. Steroids for instance is a big talking point, acting like it doesn't make sense.

But, TLOU2 isn't supposed to be a 100% accurate depiction of real life. It's supposed to analyze real life by examining human nature, and that's what is more important to focus on.

This is a great write up. It's not pretentious and it has clear prose. The writer clearly gets it without relying on "buzz" words. 10/10

I'm so pleased that you enjoyed reading my write-up about The Last of Us Part II - thank you for your kind words. Please feel free to leave a comment at the bottom of the article on my website if you have the inclination/time; I'd love to hear your thoughts (particularly about the ending)!

if you think that's defying conventional story telling well then gaming is officially on the decline , this is more like a very cheap effortless story creation imo, ND didn't want to put too much brains into creating the story this time around.

What is the 'daily common social controversial theme' you mentioned?

Also, not everyone was pissed after playing it, that's a bit of a sweeping statement. You obviously didn't like the game (which I'm genuinely sorry to hear), but to say Naughty Dog didn't 'put too much brains into creating the story' isn't true; it's quite clear the team put a significant amount of time and effort into creating the story they wanted to tell.

*What is the 'daily common social controversial theme' you mentioned?

You can't handle the truth!.

Oh hey....gratuitous sex scene. That's a new one. Glad to see some people are still checking reddit for their next talking point.

Conventional story telling would be something akin to just following one path to a simple, or somewhat standard conclusion. This game didn't follow a traditional path. The path isn't new, but it certainly isn't conventional. It's pretty rare where you see multiple viewpoints from both the protagonist and antagonist, and make them both be both of those things.

Glad you agree that the story isn't conventional! The multiple viewpoints were an integral part of the overall experience and I particularly enjoyed seeing Ellie from a different perspective. It would have been so much easier - and more commercially viable - to make a sequel telling a basic story of good versus evil, but I'm glad Naughty Dog went the extra mile to create something truly special.

It's core was conventional. Even it's conclusion was really nothing new. Just the way it was told was different than normal. I'm sure it's not the first time it's been done, and it's not unheard of to tell the same story from multiple viewpoints....pulp fiction comes to mind. I like what they did with it though, and I felt it had some meaning behind what it was trying to say. I would have preferred a better explained ending, because it just kind of came from nowhere, but it left enough there to make one's own interpretation.

good for me , glad not being part of Neil's agenda :D

The Last of Us 2 Bella Ramsey Mod Looks Surprisingly Convincing