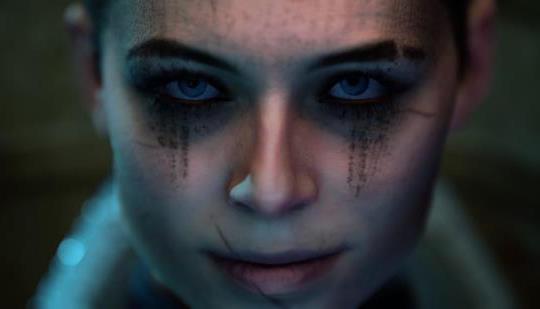 Microsoft has just announced a raft of third-party Xbox Series X games, and among them is Chorus, a new fast-paced space shooter aerial combat game from German studio FishLabs. FishLabs has been working on Chorus since 2017, and it's now getting the game ready to launch across the current and next-generation of consoles as well as PC and Stadia at some point early 2021. According to Microsoft, Chorus is "fully engineered to take advantage of Xbox Series X's powerful hardware". But what does that mean, exactly?

eurogamer.net
- Comments (16)+ Comments (16)
TopNewestOldest
Expand all
The story is too old to be commented.

"we have way more power available now. Looking at the CPU side of things, we are looking into having the world more alive, simulating more physics, having everything a bit more dynamic."

Good, goooood. Hopefully this is a sign of a shift of focus back to things like physics and destruction for the whole industry.

"And one thing we are now working on with the help of Xbox Series X is procedural destruction, so actual objects are broken apart at runtime, exactly where you shoot them. And of course, that feels like you're actually having an impact on the environment. And I feel that is super awesome, if the stuff actually breaks were I shot at it."

"Since Chorus is a cross-gen title, how do you make it meaningfully different on next-gen when you have to cater to the lowest common denominator console, like a base Xbox One?"

"But we are optimising for Xbox Series X. The base story and gameplay is going to be the same. But as I described with the CPU, how we are taking advantage of the CPU is setting the Xbox Series X version apart."

it's not just improved graphics or frame rates... we're getting procedural destruction not possible on current gen (or at least not with the same amount of detail) It sounds as though cross-gen titles will have meaningful improvements.

People claiming Series X is difficult to code compared to PS5....more fanboy BS:
"What is it like to develop for the Xbox Series X compared with the Xbox One? Are things easier for you now? Is it throwing up interesting challenges?

Johannes Kuhlmann: I've got to say, the transition from coming from Xbox One to Xbox Series X was straightforward. We felt right at home on the new devkit. There weren't any particular challenges."

But I thought NewMonday was an expert with years of experience in the industry spanning multiple development teams.

I don't get where some are saying xbox is difficult to program for. i mean both xbo and ps4 are a lot closer than they are apart. I mean we arent talking PS1 vs Saturn here but the differences are more akin to the sliders on a PC game. xbo = low, ps4 = med, ps4 pro = high, xbo x = max (just generalizing). The PS5 and SX are extensions to the current gen so take everything we have now and swap a few key components but the underline core is still the same. So with PS5 you get ultra and the SX is insane.

Scalability is what MS was going for and it looks like Sony is doing the same.

I know where they're getting it.

They're sitting on it.

People claiming Series X is difficult to code compared to PS5....more fanboy BS:
"What is it like to develop for the Xbox Series X compared with the Xbox One? Are things easier for you now? Is it throwing up interesting challenges? "

Dude, he really even didn't compare XSX to PS5 in any possible way. Otherwise, if he did compare it, Eurogamer wouldn't ask him a question about PS5 just below it :

"How would you describe the differences in making the game for Xbox Series X versus PlayStation 5?"

He couldn't answer because he doesn't have it or it is NDA. Anyway, dev was pretty straightforward and he compared development environment vs Xbox One.

Same crap one member tried to spin it on ERA, he was warned by multiple members to change the thread headline :

I can't wait for a substantial paradigm shift in game design. Things like masked loading, small hubs, and all manner of shortcomings we're dealing with now should be well rectified by developers.

Next Gen should be dubbed "The Finer Details".
I'm all for fixing the minor annoyances that come with gaming.

I thought this game looked cool. Has a Star Wars kinda vibe

What I took from it is the way the developer is answering is that the game is not even running on xbox series x buy will be ported. The interviewer is trying really hard to fish and get the tflops xbox vs ps5 debate going.

Nice read, one thing we keep heart about next gen is how easy it's been to develop for. The CPU upgrade will definitely be the biggest difference between current and next gen.