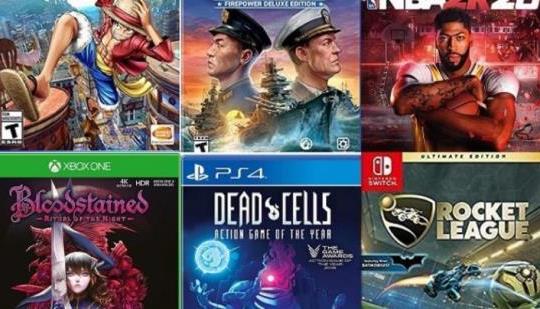 Daily Video Game writes: "If you are currently looking to pick up new video games to play on your PlayStation 4, Xbox One, and Nintendo Switch on a budget, the largest e-commerce platform Amazon is running various video games on sale under $21 for these gaming platforms right now, and we’re here to give you the scoop to get the best games under $21"

Well, I highly recommend Kingdom Come: Deliverence, and Planescape Torment, if you have an Xbox.

The first being one of the freshest, most in-depth open world RPGs I've played in a long time. Just a great game in general. Planescape Torment is simply a classic, with amazing writing, great character progression that actually affects the world, and a lot of player agency on how you tackle things. You also get Icewind Dale. Also a great game, but not nearly as good, in my opinion.

Doesn't seem to be a lot of good games offering the sale for the PS4, unfortunately.