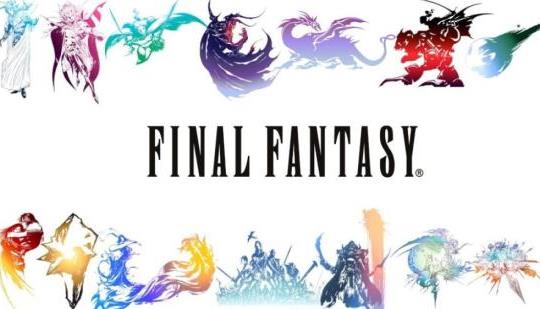 The WayTooManyGames team discusses their first Final Fantasy experiences and how said games impacted them back in the day.

FF6 for me. Still the best IMOO. there has never been a FF like it. It had no main character. It shifted between leads as the story evolves. Kind of like the TV show Lost(but with good ending).

Mine was 7. I was in my early teens and always thought RPGs were for nerds and never gave them a chance. Then 7 came along and I figured I'd give it a try and have loved Final Fantasy ever since.

Same here, I only gave it a try because I kept on reading about what a great game it was, I didn't really fancy it because RPGs were new to me but now I'm very glad I bought it because it's possibly my best gaming memory ever.

I got ps2 and one friend gave me FF X. I didn't like it as sphere grid was too complex for me. This was my first time playing turned bases RPG. I gave it another chance after few months. I would play and my brother and friend watch and give me tips. Amazing time and experience

i started with the first one on NES...dated myself.
Most memorable is when i took a hiatus from gaming for a few years then bought a PS2 the week FFX came out. Voiced dialogue!!!! I couldnt believe that shit!!! I found something to love with all FF

Im right there with you, final fantasy on the NES. If i remember correctly it wasnt the first final fantasy but the first released in the us and didnt have a # after the final fantasy. also if i remember right, the contest tied to it where you could win $1,000,000. But im old and things arent as clear as they used to be.

So i looked for anything to back up what i typed above but found nothing and even found that the us release was the original final fantasy for the US and so i was wrong about that too. I do remember playing zelda for the 1000th time and seeing pictures of final fantasy in a magazine and thinking it may be zelda like. back then thats the most info you could find for games. game box pictures or magazine photos.

7. I was 23. I decided to give RPGs a try earlier that year with Wild Arms. When I realized I could like the genre, I started paying attention to 7 as it approached release. To say it blew my mind is putting it mildly. People like to dismiss it nowadays. Like anything popular. But that game was a sea change in video gaming.

Remember man, there are some generations that don't know this info, please be careful!

You can get FF7 on pretty much any console now same with FFX and pretty sure people who have not played the games has seen the streams on Twitch, Mixer or Youtube. Only FF games that might get ruined are Crisis Core because it's PSP exclusive which should be on other consoles by now and maybe Dirge of Cerberus.

FF7 back when I was a kid everything about that game was so magical and memorable. It’s why it still holds a special place in my heart.

ff8 for me. Set me on my career path. Also ffx was mind blowing.

after hearing so much buzz about FF7, I decided to wait & get FF8. my first FF is FF8...graphic is really good, the FMV amazing. then i got FF7... the story, the dialog and the music is way above my expectation.

final fantasy iv on the ps1 packaged with chrono trigger. i remember getting so frustrated when i got to cagnazzo.

Final Fantasy 1... never even got past Garland. Haha. x_x'

FFX-2 was my first title in the series

Final Fantasy IV (or II in the US) on SNES. It was the first true RPG I ever played.

After reading the other comments, I feel old...

After Pixel Remaster, What's Next For Final Fantasy On Switch?

Remembering the Best JRPGs on the PS2

Final Fantasy 14: Endwalker's Focus On The Final Days Was Inspired By The Pandemic