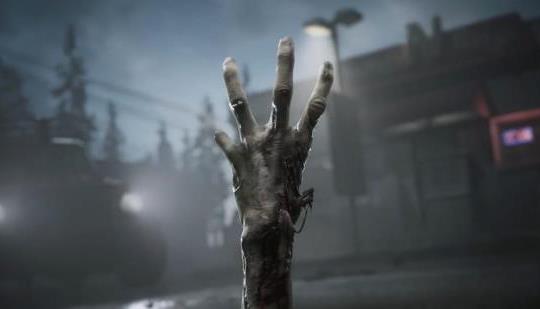 If they are going to do more VR stuff, I prey it's not exclusive stuff

No one wants VR exclusive Portal, L4D stuff, give us the option and let everyone play, especially with how long we've all been waiting for new instalments to these games.

Whats exclusive about Alyx? Its supports all the PC VR headsets. I'm sure if PS4 was capable, you'd see it there too. Shouldnt be an issue with next gen coming.

It's exclusive to VR, which is niche. That's pretty exclusive. A lot of people just don't have any interest in VR.

@Foxtrot Playing with a controller would defeat the purpose of this game. I hope it comes to PS5 though, it's amazing and it's the system/peripheral seller VR needs to go mainstream.

Valve makes their own vr hw, and somehow you expect them to release a non-vr fps game after the success of Alyx? They want to evolve vr.. ofc its gonna be only VR

Hahah not long ago PlayStation fanboys crying about HDZ coming to Pc and Now this? Hypocrites!!

Which PS4 fanboy is crying? I don’t see no crying lol.

If your talking about fox, he said no exclusive VR.

yeah man. you need to realise that a very small amount of people do not represent the ps community as a whole. same for every community

I'd like to see a new Counter Strike, that has a story mode and is inspired by SOCOM or SWAT. The world could use more tactical shooters and Valve could do a phenomenal job with this series, if they take it in this direction.

I love SP shooters, but CS is not made for SP. Why waste resources on something the userbase wont play?

I would play the SP and I played 1.6 religiously back in the day. Granted it would be a single play through and all my time would be going into the MP, I'd still be very interested in a single player VR game.

That would be amazing bit un likely to ever happen

I just want L4D3 they popped out L4D2 pretty fast after the first game and now they are dragging their feet. I know L4D3 would be a day one for me the series is my favorite shooter and I don't like many shooters.

I just hope that when we do get another L4D it feels like a proper sequel. As good as L4D2 was, it just felt like DLC. And considering it was developed and released within 9 months, it pretty much *was* DLC.

Agreed, i would say L4D2 itself pretty much could've been DLC.. though i will say that the new stuff they added made a big difference to longevity, the extra special infected were much needed. It got boring fighting smokers, boomers and hunters over and over, the spitter, charger and jockey were good additions.. though the jockey is a right PITA as it seems to teleport jump and latch onto your head at times.

After playing tons of L4D2 i could already see where they could improve the game to almost no end, for example there's signs in the swamps saying do not feed the gators, but no gators.. there could be more weapons, weather effects, day/night cycles, extra shortcuts, more randomisation of item/enemy placement, extra escape routes, few new types of special infected.. i could go on. But more additions = more replayability, i think you get the picture.

At least there's Back 4 Blood from Turtle Rock while we wait for a possible new L4D, and they're already doing motion capture for it, so hope we get to see stuff about it soon. Just hope it's got the L4D vibe.

Portal VR? SHUT UP AND TAKE MY MONEY!

I don't think Portal VR is a good idea considering what you do in those game I'm pretty sure I'd be puking all over the place.

I think it could potentially work, but it would need to be without the momentum-based puzzles. The fast speed would probably make people sick. Or they could go back to the original Portal 2 concept of using time travel instead of portals.

Hmm hadn't thought of it that way, if it was done without moving all across the map and changing directions constantly I think it could work.

Im glad it was exclusive.. brought a lot of people VR, this will pave they way for more great games.. those who haven't given Vr a try yet,you are missing out.!

Valve is trying to set the standards for VR games and move people to try VR instead of the continued thinking that VR is a gimmick.

Those who feel Valve needs to keep making the same flat games or should make them like RE7 dual play aren't really thinking about future gameplay. Only themselves.

You want their games, buy a VR headset or move on.