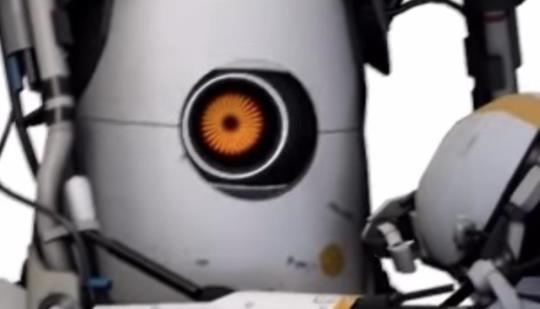 I'm glad these developers are coming out correcting people's misinterpretation of the data. Obviously both consoles took different approaches to reach pretty much the same results.

I'd much rather listen to Gabe talk about Half Life 3... cause you know that is coming to next gen and PC (gotta feeling this time).

And what a hot mess it will be.

I agree with Darth on this. As far as it being a hot mess...no. I remember the same thing being stated prior to Half-Life 2 as several individuals felt they could not repeat what they had done the first time out.

It all depends if Half Life Alyx is a success or not.

Some people have gone hands on. Game changer seems to be the common assessment.

I would settle for half Life Alex on consoles,
no reason why they can't do that,
They've already got a game and it wouldn't take them long to Port it at all.
Would I love to see Half-Life 3?
who wouldn't 🤗
but right now I I see this is a definite possibility again they have a completed game the only difference is it's exclusive to VR.
They've already talked about the development,
how they used Half-Life 2 assets
and that it didn't take them hardly any time at all, to get it up and running and playable in VR.
to be able to adapt the current game, going back to what it was,
Should be no problem at all.
Let's have a show of hands:
IF THEY PORTED HALF-LIFE ALYX TO CONSOLES,
WOULD YOU BUY IT ?

I already made my peace that Half Life 3 is not gonna happen, after Marc Laidlaw left Valve...

Good time to be a gamer n developer

True! Good times are coming for us pc gamers:)

Im probably going to let my Xbox Live expire. No point in spending money on locked down systems when all the exclusives from both consoles are on PC.

Xbox is more like Valve because they hardly ever make games.

I think in 2022 we will see at least one or two (timed) xsx exclusives that isn't a Halo, Forza nor Gears game. Xbox Game Studios didn't spend tens if not over a hundred million dollars aquiring seven separate game development companies over the past two years for all those people to just sit on their hands haha.

People forget that Phil started as an overseer of the creative process for Microsoft studios.
He knows who's doing what,
he knew who he could get, and understands how the process goes. so many people have criticized him for killing games,
if I don't think a game is going to be profitable and turn out the way it's supposed to, I'd kill it too.

everybody wants to jump up and down about scalebound.
that's the big thorn in their side, well nobody really knows how well the game was doing, it wasn't just about milestones.
if the game was doing great and they needed more money,
Microsoft wouldn't have given it to them?
or given them more time?
they just showed a couple of gameplay videos here and there as to how it looked...
good, as far as how it looked,
as far as the combat, and a lot of other elements, the gameplay?
did not look great, by any means.

People love to beat a dead horse, let's see what they beat now ...

Not sure if you are being serious or just trolling.

they're also a lot like valve because they're always innovating,
something PlayStation doesn't do. they get nudged, forced and dragged into the future.
social gaming and online wasn't such an issue until It got forced by Xbox.
backwards compatibility/ cross-play we're not issues,
till they got forced because of what Xbox was doing.

And next as much as We are resisting it, (because it's being done like shit) being able to play anything anywhere [streaming] is going to be the future.
I'll give you three guesses who's going to be at the forefront of that ?

If you are going to talk about being "forced and dragged into the future" then why don't you bring up all the studios that Microsoft had to build/buy to compete with Sony? You are seriously going to put blinders on and pretend Xbox having its ass beaten didn't lead Microsoft down that path? I'm not saying MS "hardly ever make games" like the guy you are responding to, but let's not pretend this is an area they have excelled in. It is absolutely and area where they have been lacking. But yeah, they now have studios to fix the problem. Thank you, Sony.

To Gabe, all gamers are just delivery sockets for cash, to his wallet.

He talked about interfaces beyond VR.. and they'll be coming sooner than we think.

Still not getting an Index with the issues it has tho, too expensive.. if i get any VR headset any time soon it'll probs be the Rift S as a stop gap until a perfect (one with 0 niggles) headset comes along.

LOL if you're still not gonna make any game, just shut uo, Gaben. PC this, PC that, and yet you don't even make games for PC anymore, you rich fat bastard. I'm pretty sure you're not even involved in Alyx

That's what consoles have been for a long time. My comment is based only on the quote in the headline.

same as last gen, low end PC's which is fine. they are priced fairly.

“Die by the Blade” is dropping its new time-limited demo via Steam on February 6th, 2023

nOS new Operating System on Switch Could Be Cool, But…