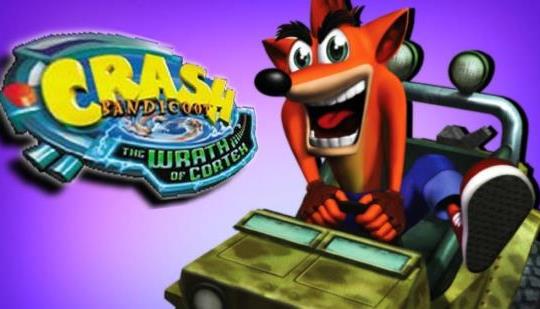 A new rumor has surfaced stating that a Crash Bandicoot 4 remaster, a Crash PvP game is being developed along with a F2P Call of Duty title by Sledgehammer.

Adhttps://www.releases.com/?utm_source=n4g&utm_medium=native&utm_campaign=c1
- Comments (19)+ Comments (19)
TopNewestOldest
Expand all
The story is too old to be commented.

Was Wrath of Cortex known as Crash Bandicoot 4?

I thought they stopped numbers after NaughtyDog, I was hoping they’d do Crash 4 in future as a brand new game

Hope they remake Twinsanity and bundle it with Wrath of Cortex. Twinsanity is my favourite one after NaughtyDogs games.

As for the player vs player...why not just remake Crash Bash and expand on it

original Crash now lives in PS4 Dremas ...some of these amateuristic games are more faithfull than Acttivision Crap ....i ll say crappy Activision( that bought Crash by accident) must sell it to their respective owners -Sony -Nayghty dog - and stop damaging Crash brand....recent proof of Activision s inability to handle Crash was the bad expansioon (acitivision made) levels of Crash Team racing an the poor handling of the legendary original CB games

Ctr racing was amazing. Best couch Co op there is. And the bonus tracks were fine. And the game handles amazingly

What are you talking about? The remasters were close to being the exact same just with better graphics. CTR was better too?

CTR NF is way better than the original and I'm not exaggerating when I say Until the NSane Trilogy I actually use to play CTR on PSP Go, PS3 and PS Vita atleast once a week until N Sane released. Then CTR NF I played for the week before it. NF is better. The only real problem is the weird invisible wall physics crap that happens every so often randomly.
The new stages were all great and they all took advantage of being a more experienced player. They were fantastic. The games handling was great too. NF imo is the best kart racer out atm. I put over 150 hours into it last year and it's fantastic. Activision was so great with the game that, when people went into a dumb rage over nothing (the ability to buy coins with actual cash). When you tell people why they're being dumb. They all say it's because it's going to get worse over time or it's about having a higher rating yet a MTX to shorten something won't lower a score.
Then look, the mtx is barely visible in game, and even more. Since then they actually game MORE ways to get wumpa coins. Activision did absolutely right by Crash and CTR with the remake.

The remakes are FACTUALLY better than the originals. Take off your nostalgia glasses and you would actually see that.

I believe the pvp crash would be Crash Bash... at least I would hope lol, because that game kicks mario party's ass!

I have so many wonderful memories of Crash Bash. Trying to knock everyone off the ice while avoiding the anvil

Free to play COD by Sledgehammer Games, a developer that fucked up the next COD so much that it had to be scraped and Treyarch having to rush out another Black Ops game... Hard to get excited for that tbh

That's only a rumor though. WWII wasn't that bad...

It was common knowledge covered by most news sites and COD YouTubers. Apparently the game SH was in production hell. I feel sorry for Treyarch having to scrape something together. No doubt Raven software will be there to help out but what a mess.

After the successful Crash and Spyro trilogy remakes, I thought they were making new games, essentially Crash 4 and Spyro 4...

Wrath of cortex isnt bad but hardly worthy of a remake. Just make a new crash.

Wait there was fourth one?

Uh no thanks Wrath of Cortez was an abomination, just make a CTR 2 since I believe the new dev team are able to at least make that.

Surprised this type of rumor is allowed on here

Don't care for a PvP Crash game. But it could be Crash Bash made so you can play online. It would be a perfect game for that.

Wrath if Cortex is welcome. I actually enjoyed that.

I wish they would make a new Crash Game in the style of the first trilogy.

Looking Back to 2001 and Crash Bandicoot: The Wrath of Cortex

20 Years Later: 'Crash Bandicoot: The Wrath of Cortex' Was a Fall, Not a Leap

Activision "Experimenting" to Decide if We Want New Crash Games

The comeback of 3D platformers in 2017