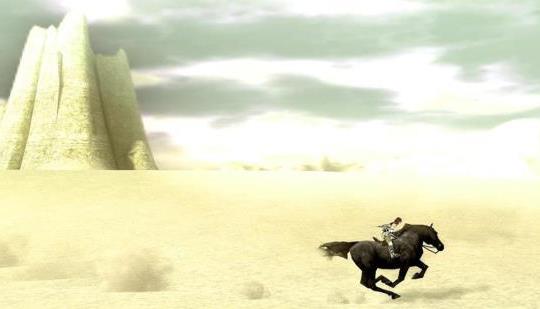 Eurogamer: "PlayStation 2 is 20 years old today; 4th March 2000 is the date of its Japanese release, although it wouldn't make it to the West until the end of the year. And what a way to kick off a new millennium - with a futuristic games console and (probably) a DVD of The Matrix. At 155 million units sold, PS2 is the best-selling home console of all time, and during its time it enjoyed a hegemony over console gaming that hasn't been seen since. Part of that was down to its trailblazing predecessor and Sony's canny branding - classy, cool, and above all grown-up. Part of that was because it played the new DVD format relatively cheaply. But most of it was down to the console's astonishing software library, which matched quantity with quality all the way down. So many all-time greats made their debut on this machine, and so many creative, left-field gems too. So it seemed like the only fair way to celebrate PS2's birthday was by running down 30 of our favourite games for it."

OOOOOOKAY! Here are 10 of my absolute favourite Playstation 2 games..in no specific order:

Edit:
Honorable Mentions
Marvel vs Capcom 2 (Like the game, hate the soundtrack)
GTA Vice City
Manhunt 2
DDR series
MGS 3 (only able to play half of the game at the time)
Star Wars Battlefront 2

Probably forgot a few as well, since there are so many great games for that system.

The Shadow Hearts Trilogy really needs to be remastered and ported to as many Platforms as possible.

The first Shadow Hearts was good, Covenant was AMAZING, and New World was pretty meh.

Hoping to play Ring Of Red on PS5 at launch.

Interesting discussion. I don't usually do this, but I guess I'll toss my hat in the ring.
In no particular order,...

*Games I still play to this day.

Its amazing how many of these games are on current gen consoles (especially if you consider BC). Goes to show you how amazing the 6th gen really was.

Capcom Should Remake Devil May Cry 3 Using The RE Engine