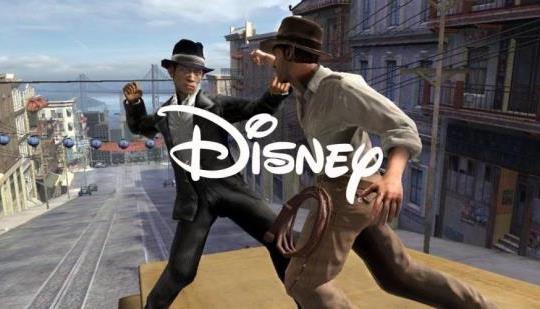 Why Disney Hasn't Made An Indiana Jones Video Game

Here's why Disney might be avoiding a new Indiana Jones video game release in 2020, even with the Indiana Jones 5 movie on the horizon.

Because tomb raider and uncharted would not be topped for this game.

Why don't someone make it in dreams

I would love to see a Tell Tale style Indiana Jones game. Perfect for the adventure title but with some interactive action scenes.

It doesn't have to top those games. And it doesn't have to be quite the same either. The modern Tomb Raiders are significantly different in feel and structure compared to Uncharted. There's no reason they couldn't do something different with Indiana Jones if they really wanted to.

Fallen Order? Yeah, I could see that. Metroidvania with platforming, lots of puzzles, exploration, etc.

A Tomb raider / uncharted style game with the graphics / art style and skill and assets Disney has would make an awesome next gen Indian Jones style game.

It would 100% have to be an original story though.

Only Disney doesn't have any game related skills or assets. Not directly.

And then that's EA who have had to be browbeaten, multiple times, to put out something like Fallen Order.

I think it could be done if they take it to a different direction a bit. Make it more about exploration, plarforming, treasure hunting rsther the murdering hundereds or thousands.

What would be cool is if there were different treasures you could hunt down. There would be clues and tips you can find, or buy, and they would lead you to new locations and levels to beat. That would be pretty awesome.

I loved the IJ game on PS2. The sound was fantastic. The punches and whip cracks were right out of the original 3 films.

Disney have so many IP's, they don't know what to do with most of them...

Aladin and Gargoyles were my favorite games from Disney back in the day.

They do not make major games. They farm them out to other companies. I am sure the market for an Indy game is fairly cold or they would have done it. They are likely hoping the next film is a hit so when it starts production they can market it.

If the market for an Indiana Jones game is cold, what exactly makes Disney think the masses are clamoring for a movie sequel? I'm willing to bet plenty of gamers would be curious and interested enough if they announced a proper Indy game. Guerilla Games or Insomniac come to mind as ideal devs...

The tone on a new movie is wait and see actually. They purchased the rights and figure they have one more with Ford before they have to look at the Spin Off to recasting route and figured it was a good way to see what the interest is.

@gareth
Hmm fair enough. I just always figured the Indy movies were done with and interest would be low after the disappointment of the last one. However, I actually like the idea of a spinoff or continuation into modern day with a new cast.

People will shout Tomb Raider and Uncharted (excellent games), but I think an Indiana Jones game set in WW2 era, whether it be Europe or Latin America, would definitely be worth exploring.

Indy and the Emperors Tomb was a good play through last gen. Good punch up system at the time :)

A remake of that would be awesome.

A new Maniac Mansion would also be awesome.

The cancellation of the PS3/360 one was one of my biggest letdowns last gen. The use of Euphoria and DMM had me so damn excited.

But which developer they should partner with. They'll definitely want it cross platform.
Rockstar comes up as best candidate but they're more keen on using their own IPs. Same goes for CDPR.
Crytek might bring something new to the table if the're given the sufficient budget.

They tried to make an indie game last gen and it was cancelled.

Indie Lego exists, but ultimately, Uncharted owns that territory. Nate Drake is the modern day Indie and i doubt Disney could do it better.

Perhaps with Uncharted winding down in the aftermath of Drake, and with the likelihood that Naughty Dog's A team is done with the franchise Disney could sneak in?

On another note, i realize Naughty Dog enjoys creating new IP and they make what THEY want, but Uncharted was a mammoth franchise and Drake was arguably thee PlayStation mascot last gen, why throw that away or diminish it in any way? U4 sold over 15 million units, why mess with that?

If Naughty Dog stuck to just one IP we would've never gotten Crash Bandicoot, Jak & Daxter, TLOU and yes Uncharted. Besides, they could always revisit UC in the form of a reboot/prequel/sequel after a brief hiatus if they truly wanted to.

"The very idea of the Indiana Jones series - an American adventurer "recovering" artifacts from foreign countries - is one that inevitably leads to plenty of "white savior" moments, as well as the vilification of other cultures." - Couldn't help but sneak that in there, huh? Just like video games, it's simple escapism. Nothing more, nothing less.

Back to the point, though, no, not having any official media to accompany it doesn't mean anything if it's marketed correctly. As for competition in the same space, I feel that doesn't matter either if someone has good ideas for it.
Dr. Jones needs no grand universe like Star Wars, he's James Bond with a six shooter and a whip. He only needs an adventure, because he's a compelling enough character. The guy has actual history to find in his own interesting time period, which is more than enough to separate him from other explorers in gaming.
So, if anything, Disney hasn't handed the license over to anyone because no one has an idea that's worth running with yet. In my opinion, a new Indy game could be a breath of fresh air, as well as being fun and - gasp - educational.

Disney doesn’t make games that license them to other developers

Don't let Disney touch any more Lucas film stuff till Kathleen is gone. She forces a PC climate that has grown stale quicker than my left ass cheek

If done properly an Indiana Jones game could be amazing. Just imagine all those amazing set pieces that could be created new and old.

Article lost me at "white savior "

Tomb Raider and Uncharted have that area covered anyway.

It mainly has to do with knowing the fanbase. Indiana Jones doesn't fall within the franchises that draw a lot of gamers. Mainly older and less percentage of gamers today that would draw a big interest in it.

Because they're Disney and don't know what to do with their IPs.