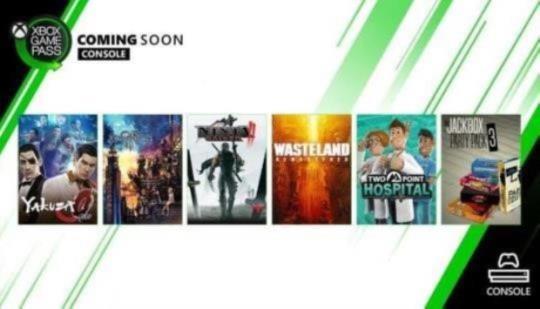 We’ve got Kingdom Hearts III and Yakuza 0, and we’re not done yet. Two Point Hospital is premiering with Xbox Game Pass on day one of availability for console. We’re still not done, because Wasteland Remastered is also available to play the same day as its launch. Plus, we still have more games to announce.

Wowww, I honestly can't keep up with Gamepass. I haven't had to buy a game in months.

Thats the point so when games you like or wanted to play leave you go buy them.

Used to be $10 or so to rent a game for a week. Now its the same price , for 3 months , and you have alot to choose from.
Play the game. Beat it. If you ever want to play it again, you may have to buy it down the line, sure

No its not. I have game pass its a great rental service but you cant quote special sign up offers as the main price. Its $15 a month here in New Zealand. I upgraded for $1 and got my gold upgraded to ultimate. Add gold in there and xcloud once its released and itl probly be like $30 a month all up.

As great as gamepass is i hate subs. Thats $360 a year in online fees and i dont own anything at the end of it.

Il just keep buying my games and looking out for game sales thanks but more power to people who want more subs i guess.

You say you hate subs, but then claim you have gamepass ultimate and xbox live subscription. And then say you will keep buying your games.

Your not fooling anyone sunshine

I upgraded my gold to ultimate for a dollar. Im not planning on continuing to pay for gamepass. Why would i give a shit to try fool any of you? Pft whatever people do what they like i still hate the world going towards subs for everything.

To each their own you say it could be 300 something a year but also don’t count how much money you also save I mean FF royal edition is 34.99$ right now it’s also on gamepass that I’m currently playing cause I never played the game.

Would have bought gears day 1 got it on game pass same with monster hunter world, Blair witch, bloodstained, dark siders 3, DMC4, Doom, MVCI, Phantom pain, metro exodus, a plague tale, POE, All wolfinstien games, the list goes on seriously man I have played and enjoyed so many games some of which I would have never tried without gamepass and save so much money to well buy other things maybe even more games? Maybe I support those games on gamepass with dlc purchases now.

Yeah nice one LordJamar. Each to their own gamepass is great i agree but i do worry how it will influence the gaming world in the future. Glad alot of people enjoy it though its not for me i prefer buying games mostly on sale and playing them at my own pace when i want to and actually owning them. But the value is there for sure just not for me.

My backlog is so massive i struggle to keep up letalone try keep up with the rotation of gamepass.

I haven't bought a game since gamepass started!

Game Pass empowers gamers. $10 a month to demo the FULL version of games. If we want to keep, we simply buy it before it leaves the service at a discount.

Is that a good thing? Honestly people make games to sell for $$$. If you guys arent buying games how is that helping the gaming industry apart from lining Microsofts pockets and encouraging more subscriptions as the way to make money. Ugh

Yakuza 0 is the ultimate Yakuza game. Enjoy it to beyong of story and achievements.

To me it has the best story in the Yakuza series.

Boy are you in for a treat. You'll see why playstation gamers love that game

Not saying much as they also loved games like Knack, Days Gone, Death Stranding and The Order: 1886.

Been looking for a physical copy of Ninja Gaiden at the GameStop’s and no dice while the MS store still sold for 30$! Glad I know it’s coming

Gamepass is the gift that keeps on giving!

They are fluid and intense action games. Mastering them enough to succeed (especially on the higher difficulties) is like the pre-Dark Souls challenge of the last two generations. You are in for a treat. I absolutely love the Ninja Gaiden games.

I pay monthly it's one of the few things I don't mind paying for even when im not using.

Nothing that makes me want to resub yet although that hospital game looks like Hospital Tycoon lol id play that.

it's more like theme hospital from back in the day, I belive it's made by the same people. I remember playing it on amiga

Cheers thats what i was thinking of glad its the same devs played it a fair bit .

I just bought kingdom hearts III for 10 euro on amazon.