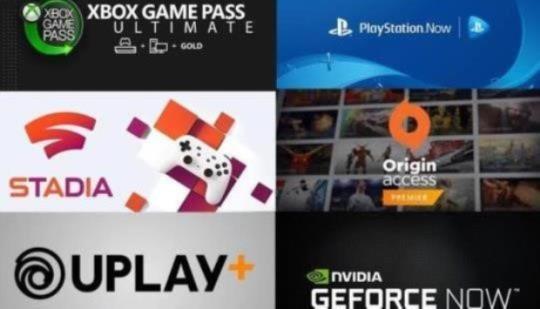 In 2020 the sheer number of game streaming subscriptions makes you wonder where you should focus your energy and money. Are you are looking for a streaming subscription to satisfy your gaming needs? Well, we put together a table overview for you to peruse and possibly see which ones you might prefer, or see why some of these are now redundant services.

Do not use this tag (gaming) PC PS4 Services Xbox One gamenationworld.com
Read Full Story >>

Sony just needs to up its resolution and framerate and it'll be quite the service, still don't like streaming though so doesn't really matter to me.

Why is Xbox GamePass on this? Not a streaming service.

Xcloud will be included with Xbox Game Pass this year

@RazzerRedus
Here's the link from the engineers themselves talking about Xcloud at Xbox London Event 2019.

"There's 2 things.. We are going to give you the games you own from the cloud or the games you've purchased in the future, and we will bring Game streaming to Xbox Game Pass so you are Free to discover and play anywhere and everywhere"

Once again, why is Xbox GamePass on this? Your comment only further proves my point.

Thanks. I missed that announcement obviously.

Neither is Uplay or Origin. "Journalism"

The only game streaming services are PS Now, Stadia and GeForce Now.

How about all of them fail

My game streaming service on my Sega Genesis and Nintendo Gamecube are so awesome. I actually get to play the games off a disk, each game has a one time fee, not monthly and I own them all afterwards.

all you noobs have no clue what you're talking about. Xcloud is going to duplicate xbox. So from an app you can load the brand and buy any game you want or service just like u would from an xbox but its cloud streaming app. It will very un likely be priced into game pass. The business model that makes sense is simply paying for live. if it was simply only going to be game pass by streaming option it would be nothing more than a same limited version like ps now. This is a full fledge over 4500 games out the gate when it fully launches. You choose,Buy games or and include game pass.Its all connected to your same xbox profile regardless how you choose to playgames. This is MS plan to simply give you the same option in various ways. Buy the games on xbox one,Xcloud or any future hardware that is all compatible like a pc . To many console people are stuck under rocks not understanding basic business because they wont look else where to what some console has done.

GUI 24 - Games Good For Their Own Sake