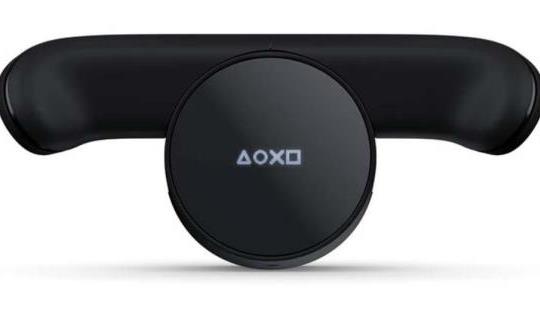 Playing with the DualShock 4 Back Button Attachment - STACK

Buttons, and plenty of 'em. At first glance, the PS4 DualShock controller might seem to have this brief covered, but you can never have too many buttons, right?

Adhttps://www.releases.com/?utm_source=n4g&utm_medium=native&utm_campaign=c1
- Comments (16)+ Comments (16)
TopNewestOldest
Expand all
The story is too old to be commented.

Been using this in MHW as the dpad buttons to be able to scroll items while having full control of movement and the camera. It takes a couple of days to get used to but once you get the hang of the new buttons there's no turning back.

I was actually think of buying it for that

I would strongly recommend it. No more weird claw hand grip while scrolling items and running for your life.

I'm liking it, even though the game I'm playing now doesnt really require it. I'm still used to using the regular buttons, so I'm not accustomed to hitting the back buttons.

So far though, I havent had any issue with the placement of the buttons, and they're responsive when pressed. Sometimes when I hold my controller in a way which relieves my carpel tunnel when my hands get numb, I accidentally press the buttons, but that's usually only for a few minutes when i first start playing.

I thought itd be good for switching weapons in BL3, but the default button setup doesn't assign a forward and back to the scroll. I just use it for jump and reload for now.

About my only complaint would be the size of the front part of the clip that holds it on. It's kind of large and makes pressing the home button less natural. Think that's just more a matter of muscle memory though.

I'm curious, how do you hold your ps4 control. That shouldn't get in your way at all lol

normally, just have the handles resting in the palms of my hands.

But, if my carpel tunnel is acting up, I tend to keep a grip on the handles.

If anything gets in the way, it's because I'm just gripping the controller more than normal, but as of yet, I've not had any issues with it. Just have to get used to them being there so I can remember to use them when I need them.

It is sold out everywhere near me. I did place one on order. Cant wait to try it on Apex Legends. Was close to buying a scuf but this will do I am not a professional gamer haha.

I bought it straight from Playstation. Free one day shipping for Plus members.

Don't buy a scuff. I get returns on those on a constant basis. If you're gonna go for a fancy controller maybe the astro brand, i haven't seen as many returns on that. But screw scuff.

As far as this product goes tho, for the few we got in we sold out in a day of reviews being posted. Its a solid product.

Unfortunately got me when I went to pick mine up from my local Gamestop they were going out of business. They had none in stock and most of their inventory sold off at 70% for both new and used games.

I still haven't picked one up yet, but plan to do so soon. My question is, how easy is it to detach the device from the controller? I use a charging dock set up for my controllers and Moves, which uses the same port as the back button attachment. I don't want to accidently damage either the attachment or controller trying to remove it to charge.

Slides right off. It's trickier to put it on but nothing crazy. I would recommend charging it directly with a USB cable though. It's probably fine but I don't know what possible effects the wear and tear may have doing that. The whole thing is surprisingly sturdy tough though.

Looking forward to using this in Borderlands 3 with my melee-based Amara build. Having to use R3 as my main source of damage output has already given me mild repetitive strain injury on at least one occasion...

Kind of thought the same. Using it to sprint and slide may also work well if you set it up right. There are some relics which add bonuses to slide damage, but haven't thought to try any kind of build to use it yet.

Sounds like a good use of the left back button!

It's awesome. Such a simple solution and works flawlessly. Why they didn't release it sooner, though?

Pre ordered, and have to test this evening.

PSA: DualShock 4 Back Button Attachment is in The Wild Ahead of Official Release