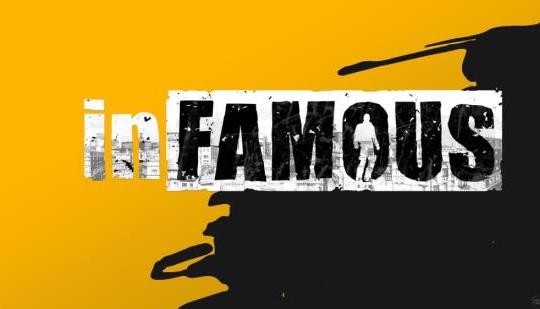 Jacob S. from Link-Cable writes: "as the studio looks to be wrapping up production on their latest entry with Ghost of Tsushima and with the PS5 releasing in the winter of this year, we hope that the company shifts its focus back to their trademark IP and brings back inFAMOUS for the start of next-gen.

link-cable.com
- Comments (55)+ Comments (55)
TopNewestOldest
Expand all
The story is too old to be commented.

No doubt. I'd like to see a new inFamous as a PS5 launch title.

That would be really cool actually.

Prior to PS4 Spider-man... infamous was my go-to for that sort of game. Big exploratory environments and super human abilities and really fast paced gameplay. I loved infamous but I feel SM may have stolen some of that thunder (and lightning... get it?)

I'm not against a new chapter if they wish to make one. I welcome it wholeheartedly.

I get what you're saying, although I love the infamous series, I've never played them as much as I play Spider-Man.

Even back on the PS2 I had over eight hundred hours of playtime with Spider-Man2. I've played the story multiple times and did most if not all of the challenges. Max speed was 266 miles per hour.

I was just doing the hideouts of the DLC for Spider-Man PS4 last night. Ive played the story five times already and the DLC three times. Working on completing all of the benchmarks, and trying to 100% everything in the game trophy or no trophy, just for the sheer joy of it all.

Spidey has always been my game to play when I don't want to actually play anything, as I can just switch on auto pilot. I don't have to think about anything while playing as it's all instinctual. Playing on the highest difficulty and took the map off the screen, no suit mods except focus, only using web bombs, trip mines and impact webbing. No Stark gadgets.

Still with all that being said, I would greatly welcome another Infamous game to be released.

Second Son was a definitive next generation title doing things that would be impossible on PS3. It was clearly not held back!

Haha, here have some attention i know you want it!

Do you really need to bring your Microsoft defense posts into an article about Infamous? You just can't help yourself? Is that it?

When you attempt to troll but actually make a factual statement...

Are you really that blind? Or maybe you should watch the videos before you post them. There is a stark difference in the graphics, effects, animation, damn near everything between Infamous 2 and Second Son.

Whatever point you think you are making.....you are doing a shit job of it.

Seems that the writer forgot about Infamous Festival of Blood for the PS3. The smoke effect in that same seemed, to me, to be a precursor to what we saw in Infamous Second Son.

They also forgot to mention Infamous: First Light which expanded the story of Second Son.

All the Infamous games were good to great, and would love a new story in the franchise. I'm not going to say what the devs should do, what story they should tell. I'm just going to put trust in then to deliver another exciting and fun game to play.

I would also like a remaster of the first two games along with Festival of Blood, similar to the Uncharted: Nathan Drake Collection.

We need a prototype 3

Even though 2 was horrific

I only played Prototype2, but watched my friend play the first.

My problem with that franchise was that there were a lot of useless move sets. The in game menu system was very cluttered, same could be said about the HUD.

Not the worst game by any measure, but I think that franchise is done for and we will never see another. There really wasn't that much of a difference in games and stories.

If 2 is the title that you’re drawing that conclusion from then you’re 100% on point. However, 1 was anything but cluttering. 1 gave you tons of ways to approach missions and almost limitless diversity. In addition to a weapon wheel of combat options, you also had default abilities that can be upgraded. It’s a sandbox gamers dream come true

When both games were being released around the same time, my friend opted for Prototype while I chose Infamous. For some strange reason he could never play the second game because when you had to pulse the city and the screen goes orange he would suddenly get sick saying his eyes and head (brain) would hurt.

He also thought the first game was great and hated Infamous since I told him it was the better game, so he never gave Infamous a chance. To me the first game was okay but I still feel there were too many combat moves and many were just left never to be used.

Yeah I was a little surprised we never got that and the vita game they were rumoured to be making never came to life. Seems like infamous is a second tier game in Sony's stable when it could be a system seller. Announcing SS alongside the ps4 was a immediate selling point to me

They are working on Ghosts of Tsushima.

Yes we do and it needs to continue Cole's story.

It’s been an entire generation since Second Son . New IPs are always good but because they are releasing GoT this year I could see Infamous being next . I don’t know what would make GoT a flop as we don’t know the projections they have for it in the first place (Sales wise) . My guess would be if it flopped (sales) they would more likely make Infamous than not as they know what they have with the IP. Either way ,I believe a new Infamous is coming this generation

Game of thrones? If it’s open like skyrim but had some good combat I’d be down to clown with that game. The show ended real bad but I’d still give a proper game a chance

Oh, well, I’d give them both a chance

Definitely. I enjoyed Second Son but they did rush it a little for launch (seems to me anyway) and it could have had a little more polish. I mean by more detailed quests , a livelier city etc maybe even a little longer . Graphically it looked great and overall was a good launch game but I anticipate that they will have an easier transition from PS4 to PS5 as the architecture is similar and they are better prepared for next gen. PlayStation is a huge part of the company now and is being focused on now more than ever so I expect the games to show that even though they always have been great at making games . So I hope the next Infamous is a big leap from Second Son in scope and story and the world to feel much more alive , not being handicapped by last gens CPU will make a huge difference

Agreed. I’m hoping that ghost wire Tokyo fills that fix. Insomniac did too good with Spider-Man to stray.

Thank you for reminding me of this game. I've not heard anything else about it beyond the reveal trailer.

What's Insomniac got to do with this topic?

It appear to be canceled. The creator quick or got fired something like that she was very vocal on Twitter and it also appears she is been flirting with sony to join and make a exclusive games for playstation she hasn't join a team so far at least not officially.

I'd love more but I want more depth to the world the city and the people who inhabit it. Like second son was such a good looking game and did an excellent job of bringing Sam Fran to life in visuals but beneath that it was paper thin.

I liked second son but after a while, it became really, really repetitive.

It definitely need more wow moments more bosses fight. They should focus on creating more characters more villains, heros and anti heros expanding the universe on anime for couple years
or more and bringing them to life in next game creating hype for it with the anime first and not just bring a new one just because and same thing shouldbe done with GOW, Horizonand few other ip sony owns animesare huge, its like books for movies but more childish way. And maybe synchronizing a movie and a game couple months soon after the moview. And movie could be done like this spiderman anime movies multiverse

Honestly, im expecting to want a sequel to ghost of tsushima when it comes out. Having a dedicated samauri action game thats not a souls like would be pretty neat.

Who even thinks about inFamous games after they beat them? I've never seen any mentioned a month after release. You beat it twice and forget about it.

You can level that accusation at almost any game though, games which impact the industry in a deep or meaningful way come along very rarely. Even then, I would suggest that it comes down to personal taste as to which games leave an impression on an individual.

I mean no disrespect squire, but the mere fact that you are commenting on an article calling for another Infamous immediately calls your opinion into question.

That can be said about any game.

You're wrong. Old games still have active discussions about them, not any inFamous games.

Because you don't talk them anymore? Lmao yeah okay keep believing that.

Love the infamous series, tremendous fun. I also believe Infamous Second Son was the first game I had played where I actually played as a bad guy, I was so surprised by just how much I enjoyed the experience as I usually play as a good-two-shoes 😄

I am excited more for Tsushima, but if a remastered collection or a new game in the series we're announced, I'd be more than happy to play it.

Would be nice if another studio could pick up the Infamous series and try some new things with it. I believe SIE San Mateo helped work on Infamous along with other projects. Let them take a shot at it.

inFAMOUS remastered collection for PS5 is heavily desired! The first game with updated visuals would be insane!

Yes please. Second Son was super dope and so was the expansion. Would love to see a ps5 release

Never liked having to spell the title with a lower case "i" though. lol It's always weird to me.

They should focus on creating more characters more villains, heroes and anti heroes expanding the universe on anime, manga for couple years
or more and bringing them to life in next game creating hype for it with the anime first and not just bring a new game just because and same thing shouldbe done with GOW, Horizon and few other ip sony owns animes are huge, its like books for movies but more childish way.
And maybe synchronizing a movie and a game couple months soon after the moview. And movie could be done like this spiderman anime movies multiverse .

I don't understand how sony missing huge market and are so slow at doing things that will bring value to them.

Not that i care for anime or mangas. But i know it's huge for lots of people. And also a way to expand on information for a universe that someone likes. I would had buy killzone mangas just to read more about that universe for example even through i am not interested in mangas.

Of course we fuckin' do.

We should've had a remaster collection ages ago.

Yes Please with more power and crazy cyberpunk city...will be game of the year!

Ranking The Playstation Plus Collection