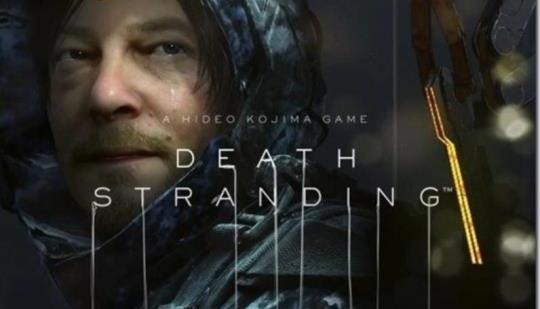 This is one of the most beautiful experiences of this console generation, in every sense of the word. Strip away all of the exposition and bombast and what you’re left with is a timely – and timeless – story about reconnecting with people that is genuinely moving. It won’t be for everyone – it’s undoubtedly weird – but that’s what makes Hideo Kojima such an exciting and unique voice in the video game industry. Just like Sam Porter Bridges, despite any small missteps along the way, he always delivers. Keep on keeping on, Kojima.

Adhttps://store.steampowered.com/app/1488200/Symphony_of_War_The_Nephilim_Saga/?utm_source=n4g&utm_medium=native&utm_campaign=sow_n4g_native&utm_content=png
- Comments (19)+ Comments (19)
TopNewestOldest
Expand all
The story is too old to be commented.
0rbital711126d ago

I think we can all agree that Death Stranding was my personal game of 2019.

No, just no.
This game is not a 10 by any stretch of the imagination.
It's Breath of the wild all over again.

Weird, I've been gaming as long as I can remember (in my 30s), on all consoles and PC, and BotW is on my list of greatest games I've ever played. It's not a small list, but it's near the top.

It's definitely not a 10 from what I've played so far, more like an 8

Really enjoying it and a Kojima fan but I'd go with an 8.5/10 overall.

Sometimes it's damn near perfect in every way and then sometimes it's a 6/10 experience, the story being the least accessible part of it. It just flat-out makes no sense in some places. It's clear he winged the story based on music he likes. He took some lyrics and made an actual story from the video that plays in our heads when we listen to good music. Too much forcing of elements and odd terminology to be a long-thought creation of his.

Edit: a specific example is DOOMS.

He took it from the song lyrics "it's no surprise he's dooming" from Asylums For The Feeling. The song wasn't made for DS. Like works before of his, Kojima took music he liked and incorporated it. In the case of DS it's a lot. Like, A LOT. So much lol

Almost every aspect of the story is directly and lyrically related to a song on the OST. The story is an amalgamation of music he likes and therefore is forced in places. Being forced in places causes it to sound silly or make literally no sense.
It's the worse aspect of a very good game.

I actually found the story of Death Stranding a lot easier to follow than some of the more recent Metal Gear Solid games. Also, DOOMS is explained pretty clearly later on in the game - and does it really matter where Kojima took his terminology from? Creative people are inspired by other creative people all the time...

No, it wasn't made specifically for Death Stranding, but it fits in perfectly, and not just because of the "dooming" line.

So he chose the name "DOOMS" as a condition on a whim and not because it's a line in a song he liked so much that he added it to the game/trailers?

No. Don't be silly. That's where he got it. That's one example of many in DS.

You may be right but you may be wrong. Has Kojima said which came first?

We have no way of knowing, so for you to come out so strongly with your "Really?" as if you know for an absolute fact it went down that way is a little arrogant.

I had my doubts about this game but it's truly something special.

Amazon Slashes Up To 75% Off On Select Action Adventure, RPG & Simulation Games

The Longest Cutscenes In PlayStation History