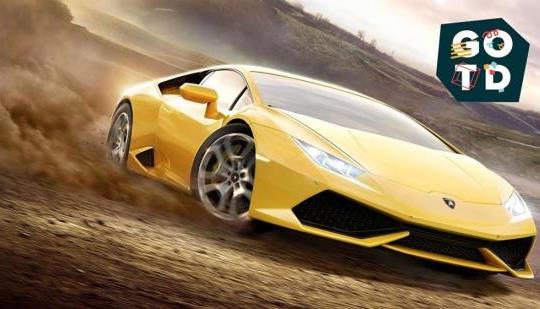 But the reason Forza Horizon stands out - not just among the racing games of the last 10 years, but among the very finest video games of the decade - has nothing to do with cars. It is its relentless and inspiring positivity, its generosity of spirit. From its globe-trotting views to its heart-pounding soundtrack, Forza Horizon is all about finding excitement, happiness and beauty wherever you look. This is a video game about joy. What better legacy than that?

Adhttps://www.releases.com/?utm_source=n4g&utm_medium=native&utm_campaign=c1
- Comments (28)+ Comments (28)
TopNewestOldest
Expand all
The story is too old to be commented.

The legacy of the Forza Horizon reigns supreme this gen. It has been in league of it's own this gen. A true classic.

If done right however, Horizon's best has yet to come in the form of the next iteration if set in Japan.

Not a racing fan but I do think the Forza Horizon games are drop dead gorgeous.

Can't wait to see that open world Playground can craft in a RPG setting.

It's a great game, but I wouldn't go that far, lmao.

How far would you go?

I'm assuming based on previous comments it's not as far as it cold be if it had the PS branding attached to it.

Racing games is a genre that many naturally overlook due to it not appealing to them. When a game of that genre is able to draw in sales from people who are believed to be unattainable, it's a sign that the game has done something very well.

Years later and other developers still haven't been able to replicate what Horizon has done. The game definitely deserves a place among the best games of the decade.

Oof, guess I poked the golden goose, lol. I forgot this was the only 90+ Xbox game. You guys get really sensitive when someone doesn't take the knee.

So, really, what you are saying is you've never really played it and are just spouting off as a PS only gamer.

I don't mind people having opinions but your opinions should be based on facts and actually playing the game rather than just giving an opinion based on the console you own.

I have almost all consoles released in the last two decades, PS, XB, Nintendo, PC, iOS, and Android... To me, Forza Horizon is the best arcade racing game period.

You're calling people sensitive because you had two comments offering a different view? Notice how you're the one to bring up the review scores, and not anyone else?

You're the one who comes across as sensitive, lol.

Must be hard for a Sony fan to see Sony destroy the GT series with that online beta that charges for single player dlc.

If not Horizon, then tell me what other racer deserves #1 in the last 10 years? Gran Turismo 5, 6, Sports? Lol. All good racers, but not quite like Horizon

It doesn't need to be said. Highest rated racing franchise this generation and it's not even close. Playground Games are damn good at open world racing.

Never played the series, but definitely a franchise I would have lots of fun racing around in from the looks of the games.

I prefer the straight up vanilla Forza i find the Horizon festival to be a bit poxy the music is garbage , looks and plays well open worlds are annoying.

"Forza " is all about finding excitement, happiness and beauty wherever you look.
NFS used to be "Full" of Excitement,joy, happiness back in the 80's-90's
crashing into cops.........what happened ea?? now nfs is open world racing and free roaming meh, I'll pass. NFS need to go back to it's original formula , just maybe the Excitement ,joy come back.

The best arcade racer of all time.

Horizon isn't really a racing game.yes it has racing but it's not for serious racing.
now hit rewind and follow that green line.

How does it transcend gaming? What is it doing beyond gaming as a franchise?

I can understand if gamers like the game. Nothing wrong that. It looks great. I still think it follows the Test Drive series of games. But those were fun too. But transcend?

Real cars are created under the Vision Gran Turismo banner like the just announced Vision Lamborghini. And real car manufacturers go to Polyphony for advice on cars. That's transcending gaming.

Nothing said in the article touches these points whatsoever. Talking about inspiring and positivity. That's not transcending.

Forza Horizon defines fun in racing games that's what is transcending about the franchise. Yes it's a franchise with over 12 million to backup the fun. GT has claims to other things like the first real racing sim but, they moved away from that for GT sport.

I'm not an xbox fan and not a fan of their games but Forza Horizon 4 is game I wish I could play on PS4 Pro it's just amazing I played the demo on PC and when the demo finished I just opened the Windows Store and got the full version... The game is really amazing and fun...Sorry for the this final part but the game that transcend racing games is Gran Turismo that is working very close with car manufacturers and helping them with original designs, IFA, worldwide championships creating new racers in the real world that is far far far beyond anything any racing game ever achieved... Don't take it in a bad way it's just the reality Forza Horizon is amazing but it's still a Fun Arcade Racers with nice visuals nothing more than that...

See here's the problem with transcending while GT is a great racer it's not Forza Horizon. Microsoft has another racer for that style of game it's called Forza Motorsport and it's done by a completely different team. MS didn't see a reason to combine both games into one because let's face it most people don't buy FM for FH game play and vise versa for FM players. That's why Gt Sport isn't an answer for FH. FM does what sim owners want and FH does what arcade racers want. Polyphony would be wise to learn the difference!

I think you didn't get what I said... Because I fully agree with you and I fully understand what you said...

I didn't say GTS is and answer to FH or vice versa we all know it's not... what I said is that While FH is amazing for gamers GTS is amazing for the entire automobile industry and that is a fact Gran Turismo made the industry respect the genre and not any of the Forza Games that's why I said Gran Turismo yes transcended even if you do not agree timotim that is the truth and Gran Turismo was never intended to please everyone since the very beginning in the PS1 days Need For Speed, RIdge Racer, Burn Out later on where around to please other type of players but Gran Turismo is what it is because it transcended the gaming industry and influenced the Automobile industry and rulers to it's core... And trust me not having a brand on FH don't have the same impact for the manufacturer than not having your car brand on Gran Turismo...

GTS is the only released game this entire generation for its franchise...it remains the lowest rated and least played game in the series...it transcends nothing.

10 of the best racing games of all-time