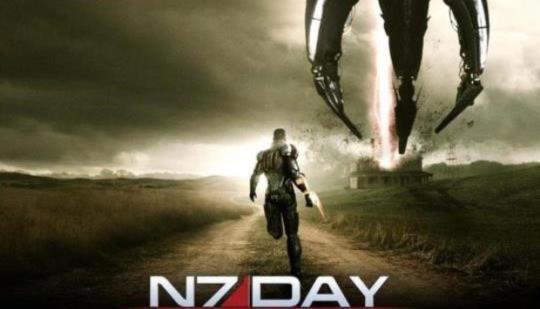 Which direction do you think is best for BioWare to take the Mass Effect series in?

It's really not as bad as many claim, but still not on the level of any of the original trilogy. I would prefer a current gen remaster of the trilogy over a sequel to Andromeda.

Story was decent, but there was so many lazy things about the game, like all the rehashed enemies just reskinned, al the planets have the exact same objectives for fixing the planet.. I wouldn't mind a sequel if its not a rushed game like andromeda

Mass Effect 4 if anything

However I'd like to see a focus on the RPG elements and not make it much of a full on action shooter, bring back the cool down weapons.

I would love another Mass Effect with Shepard. But I don't know, if Bioware is able to deliver another good game. If they make a sequel, it needs to be more like MA1 or MA2. I don't how can they top the Reapers and give us a nice conclusion.

If they can't make a sequel then they should remastered all 3 games.

That's the issue, we'd all like more Mass Effect but with how EA are and what they've done to Bioware it's like "be careful what you wish for"

I loved Mass Effect 2 but when they brought in thermal clips and retconned (really badly) the reason why they started using the clips over the cool down weapons I knew where the series was heading. Just came off as any other shooting game in my opinion while the first game despite it's small flaws felt like a proper Sci-Fi game.

I always just assumed the thermal clips would be super rare or high in price to find so if you want to continuously shoot then you can BUT when you run out or toggle them off you'd revert back to cool down. Hell even give us the option on what to use, if you are a soldier class then sure thermal clips would benefit you more but a Vanguard or Biotic would be better with cool downs so they can switch between them and their abilities.

I don't think anyone should touch the original trilogy honestly. It's not even fully that I don't trust Bioware anymore, I did like DA:I and Andromeda way more than most. Even if Bioware were to somehow, defy EA and their recent track record and make ME4 one of the best ME games ever I don't know how I feel about forcing a return to Shepard's story nearly a decade later.

For all it's faults, it's disaster of a development cycle and it's unqualified/understaffed team Andromeda did a lot right. It's certainly not so lost that a Bioware back on their game a bit and a reasonable development couldn't turn it around. It's biggest issue honestly would be peoples ignorance and unwillingness to give another Mass Effect Andromeda a chance, I mean they didn't even give the first a chance, the hate train was gone the second the facial animations blew up.

Don't get me wrong in a perfect world getting another game with Shepard or his timeline would be incredible but I think a remaster and another shot at Andromeda is the most realistic way to take the series, if we ever get a real ME game again.

I think they could make ME 4. My thinking was it could start at the end of 3 with the crew pulling Shepard out of the light that was coming from the Reaper saying that he was indoctrinated. The whole ending after that would have been in his mind. The battle on earth would be the beginning.

Bioware should make a Dragon Age game that will not be a "live service" horse crap.

Why chose, we need both !

5 Games That We Wish Got Some DLC, but Never Did